Who Will Do Better At Pinehurst: Adam Or Rory? 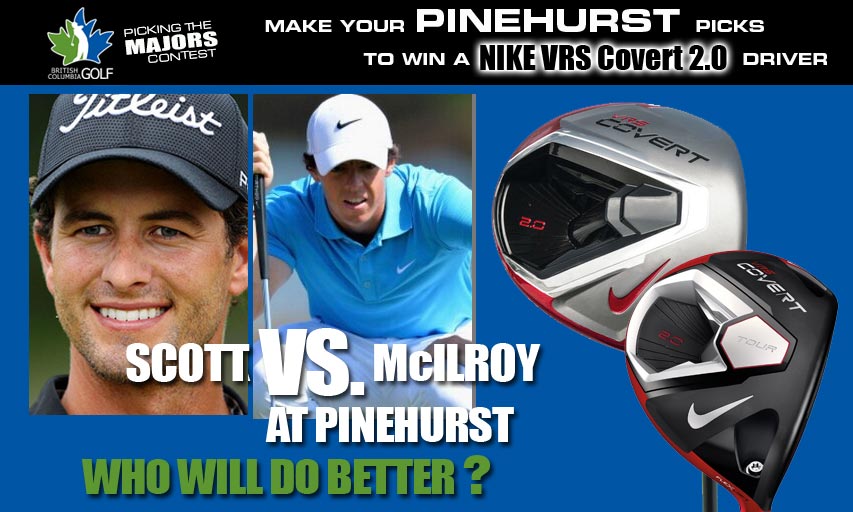 Consulting astrological charts, tea leaves and ouija boards, the Inside Golf Blogger helps you choose sure winners for the US Open Picking The Majors contest. This is a must-read for anyone who wants to win the Nike VRS Covert 2.0 Driver.

Pair #2: Most Likely To Win
Adam Scott vs. Rory McIlroy

Adam Scott is a golfer in his prime. At age 34, he is the #1 player in the world, dating a supermodel and poised for greatness. Sounds like someone else about four years ago and look what happened to him. Joking comparisons aside, Adam is more than ready to win his second major having placed in the top five in two of his last three major starts. He is a cut machine (like someone else we know) and has made 35 consecutive cuts on the PGA TOUR and has twice made 11 consecutive cuts playing majors. Stats-wise, on the PGA TOUR, he is #1 in the all-around ranking as well as being #2 in total driving and pre-cut scoring average. Going into the U.S. Open, in his last three starts he has a win, a runner-up and a fourth place finish. Enough said.

Rory, Rory… breaking up is hard to do, but evidently a lot easier over the phone. After their long distance conversation (which she initially thought was a joke), ex-fiancee Caroline Wozniacki, immediately went and lost in the first round of the French Open. McIlroy, on the other hand, immediately went out and won a European Tour event. Gossip aside, Rory is still only 24 and with two majors already is golf's heir apparent to the likes of Jack, Greg and Tiger. He has been playing in majors since 2007 and has made the cut 18 of 22 times or more than 80% (for you inquiring minds, Jack's rate was nearly identical to Rory's while Tiger's percentage is an astounding 93%). McIlroy has tied for 8th in his last two major starts and has placed in the top ten in 6 of nine PGA TOUR starts this year. One stat stands out… putting from over 25' where Rory is #1 making more than one-in-ten of those bombs.

DECISION TIME: Usually, we pit #1 vs. #2 but in this case, it seemed easier to visualize McIlroy coming out on top over Adam Scott than Henrik Stenson… but not a lot easier.
PICK: AUSSIE, AUSSIE, AUSSIE… OI, OI,OI

To make you picks to win the Nike VRS Covert 2.0 Driver right away, click HERE.

To see Inside Golf's predictions for the other pairs in the Picking The Majors contest, Click HERE.