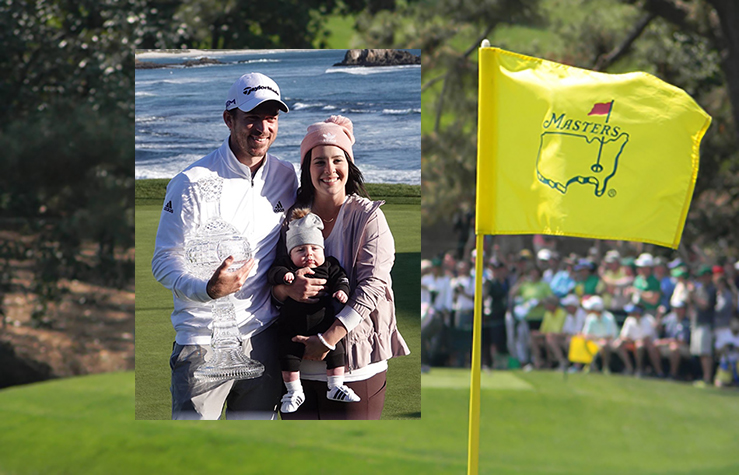 Like the rest of us, Abbotsford’s Nick Taylor has plenty of Masters memories from the countless hours he has spent watching the tournament on television. He rarely missed a moment.

“From the time when I was starting golf and even the last several years as a pro, the Masters for me has been one of the only tournaments where I am sitting down and watching coverage Thursday to Sunday,” Taylor says.

“I think a lot of people feel that way. It’s not that I don’t watch golf, but that is one where it doesn’t matter who is in contention. I am watching that tournament.”

This week, Taylor won’t have to watch. He’ll be playing at Augusta National for the first time, thanks to his win early this year at the AT&T Pebble Beach Pro-am. That’s given him a lot of time to think about his Masters debut.

“It’s been on my mind a lot since then,” Taylor says. “You start looking forward to it being played in April, then it gets postponed (due to COVID-19) and you wonder will it be played.”

A lot will be different about this year’s Masters, starting with the mid-November date. There won’t be any fans, or as the green jackets like to call them, patrons. But Taylor is not going to let any of that stuff detract from his experience. He has already started playing shots in his mind.

“The tee shot on (the par 3) 12th hole is one of those shots I have envisioned,” Taylor says. “I played with Xander Schauffele at Sherwood and he was talking about the wind swirling there and it being a caddie’s nightmare. I have thought about the 16th hole with that big green and left pin and just really being able to use that slope. The tee shot on 18 is one you see a lot on TV.

“Every hole seems to be so unique and I think when I step onto every tee I’ll have a picture of it in my mind from watching it on TV for so many years. When you get there some will look pretty similar, but I am sure some will look quite different.”

Taylor’s favourite Masters memories is one shared by many fellow Canadians: Mike Weir’s win in 2003. “When Weirsy won, that was kind of when I was really getting into golf,” Taylor says. “I think I would have been in Grade 9, right when I was about to stop playing other sports and getting really serious about golf. So the timing of that for me personally was great to see a fellow Canadian winning on such a big stage.”

Taylor will join fellow Canadians Adam Hadwin and Corey Conners for a practice round with Weir on Tuesday. “I will be picking Mike’s brain as much as possible,” he says. Taylor, of course, is disappointed that his parents won’t be able to share the experience with him. But his wife Andie and their young son, Charlie, are making the trip.

“Andie is able to be on the course to watch so that will be quite an experience for her, just walking around by herself watching the Masters,” Taylor says. Taylor will spend Sunday through Wednesday on the course, trying to figure out Augusta National.

“We have a Canadian game on Tuesday with Mike, Adam and Corey and I can see myself maybe doing 18 Sunday, nine Monday and nine Wednesday. I don’t want to tire myself out, but I want to experience as much as possible. There is a bit of a balance there. I will try not to overdo it, but it might be hard.”

GAME ON: This will be the third Masters for fellow Abbotsford product Adam Hadwin, who tied for 36th and 24th in his previous two appearances. Hadwin told Bob Weeks of TSN last week that he’s beginning to feel better about the state of his game. “I feel like I’m turning the corner with my game,” Hadwin said. “I’m finally seeing the shots that I want to see.” Hadwin, currently ranked 67th in the world, has only one top 10 in the last year.

POOL TIME: The Vancouver Resource Society for the Physically Disabled is once again holding its annual Masters pool. Entries are $25 each with the winner earning $7,000. The top 100 entries win cash prizes. If you’d like to support a great cause, visit www.vrs.org for more details and entry forms.

POOL PART II: The University of the Fraser Valley golf program is also running a Masters pool to raise money for the 2020-21 season. Entrants pick five-man teams and prizes will be based on money won. Prizes include: Masters memorabilia from this year’s event plus a UFV-issued team bag with the winner’s name embroidered on it; a Titleist package including 24 Pro V1 balls, two hats and a laptop bag; golf passes to Fraser Valley courses and a lesson for three golfers from a UFV coach. Entries are $20 each and are available by emailing Cody Stewart at cody@chilliwackgolf.com.

B.C. BATTLE: The Outlaw Tour’s Alta Shootout turned into a battle of British Columbians. Former B.C. Junior champion Riley Wheeldon of Comox prevailed, winning with a two-round total of 10-under par at Alta Mesa Golf Club in Mesa, Ariz. That was one stroke better than Ryan Williams of Vancouver, who tied for second with Juan diego Fernandez of Phoenix. Wheeldon earned $5,000 for the win. Williams made $1,500.

RECORD ROUNDS: The National Golf Course Owners Association of Canada says a record number of rounds of golf were played in September. Play was up 45 per cent across the country. In British Columbia, rounds were up by 42 per cent in September.