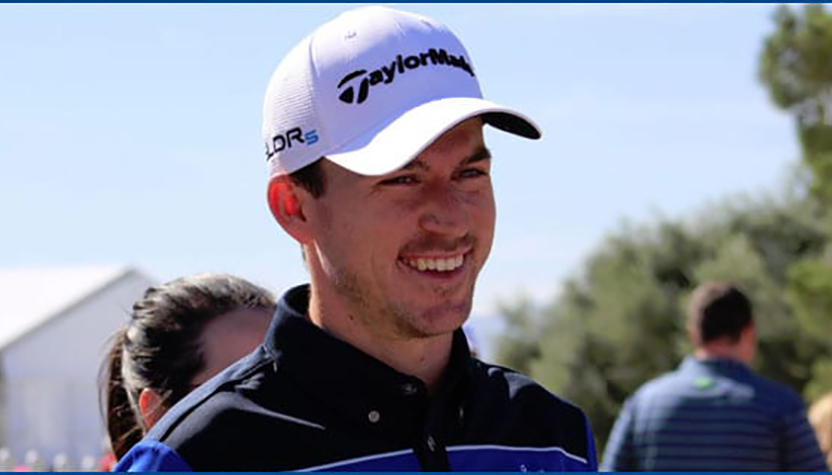 SO CLOSE AT SONY: Nick Taylor didn’t have quite the weekend he’d hoped for, but still tied for 11th at the Sony Open in Hawaii. Taylor entered the weekend with a two-shot lead after firing an eight-under 62 in Friday’s second round.

He closed with weekend rounds of 68 and 67 on the par-70 Waialae Country Club layout in Honolulu to finish the event at 17-under par, four shots behind winner Kevin Na.

Sunday’s finish was Taylor’s best on the PGA TOUR since winning the AT&T Pebble Beach Pro-Am nearly one year ago. Taylor earned $153,450 on Sunday and completed a nice two-week visit to Hawaii.

He tied for 29th at the Sentry Tournament of Champions at Kapalua’s Plantation course in Maui the previous week.

DESERT DELIGHT: Adam Hadwin will make his 2021 PGA TOUR debut at this week’s American Express tourney in the Palm Springs area. It’s an event where he has had an amazing run in recent years.

In his last four appearances there, Hadwin has finished no worse than sixth. He tied for second in 2019, tied for third in 2018, was solo second in 2017 when he fired a 59 in the third round, and placed sixth in 2016. He missed last year’s event to spend time with his newly born daughter.

Hadwin is hoping a change in format at this year’s American Express won’t spoil his mojo. The event has dropped its traditional pro-am format this year due to COVID-19 and is being played on the Nicklaus and Stadium courses at PGA West. The La Quinta course where Hadwin shot his 59 is not part of this year’s tourney.

“It’s a different format this year, so hopefully nothing changes,” Hadwin said. “I am going to miss La Quinta.”

COVID CASUALTIES: Due to the uncertainty of COVID-19, the B.C. Golf House Society has had to cancel its annual fundraising tournament -- the Tradition Golf Classic -- for 2021. The tournament will return in the spring of 2022.

The 2021 B.C. Golf Hall of Fame induction dinner, scheduled for this fall, is being postponed until 2022.

The Tradition is the B.C. Golf Museum’s chief fund-raiser, so the society will have to rely more than ever on selling annual memberships to supporters. Those memberships cost $25 per year and are available via www.bcgolfhouse.com

CHIP SHOTS: Jared Siminoff is the new head professional at Crown Isle Golf Resort in Courtenay. Siminoff has worked as an assistant at Shaughnessy and Point Grey golf clubs. . .Kyla Inaba of Predator Ridge and Michelle McCann of Uplands are two of nine participants in the 2021 Women in Coaching Program announced by Golf Canada and the PGA of Canada.