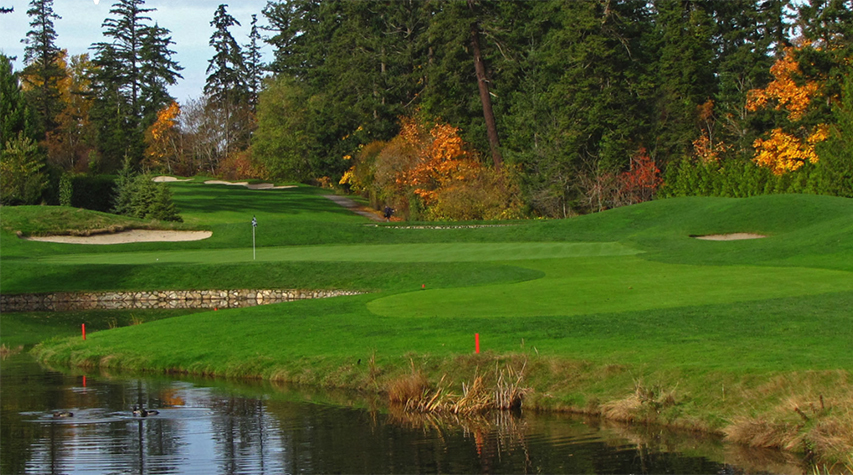 British Columbia Golf’s 2021 championship tournament schedule is testament to the fact that we are blessed with so many terrific golf courses throughout the province. “We are literally all over B.C. this summer,” says Doug Hastie, manager of field operations and tournament director with British Columbia Golf.

“We try to rotate our events around the province as much as we can.”

That has been done especially well this year as the championship schedule features events in Victoria, central Vancouver Island, the Kootenays, the Okanagan and Metro Vancouver.

The 119th playing of the B.C. Amateur Championship goes July 13-16 at Storey Creek Golf Club in Campbell River. “It is just such a great golf course,” Hastie says.

“It's cut through the woods and you feel like you are on your own golf course every hole. It’s a unique layout with five par 5s and five par 3s. We expect to have a strong field and a strong tournament there. I think the players will really enjoy the golf course.”

Tristan Mandur of Duncan won the 2020 playing of the B.C. Amateur.

This year’s championship schedule begins with the Men’s and Women’s B.C. Mid-Amateur Championship, which will be played May 25-27 at Gorge Vale Golf in Victoria. The event was scheduled for Gorge Vale last spring but cancelled due to COVID-19. The Mid-Amateur was eventually rescheduled for later in the summer. 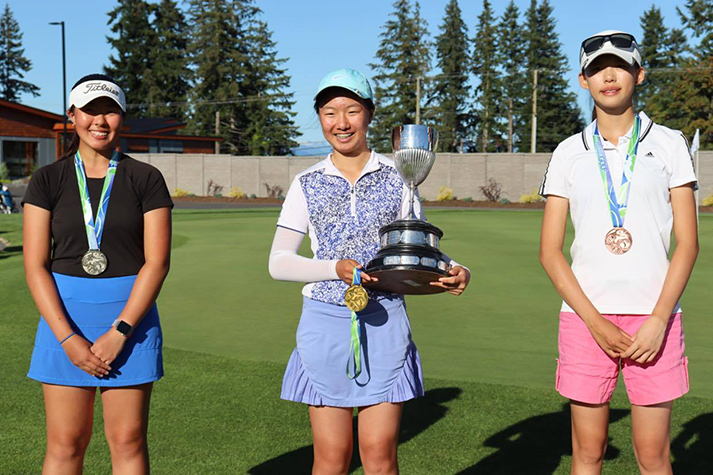 The B.C. Junior Boys and Girls Championships will go June 29-July 2 at Morningstar Golf Club in Parksville. The events are being held concurrently for the third straight year. “The girls field is 40 to 60 players and you could have your own tournament, but it doesn’t feel as big or as important as when you have a full field,” Hastie says. “So we thought if we had 120 boys and 40 girls it makes it a bigger championship and they get to experience that. When you have 160 players it has a whole different feel to it.”

“Golf courses are very busy during this pandemic and we are very appreciative of all these golf courses agreeing to play host to these events and we feel very privileged to be able to be there,” Hastie says. “We realize the sacrifice their members and the public are making to allow us to play our events there.” The events will be run with CODID-19 protocols in place. “Decisions on whether caddies and spectators will be permitted will be made at a later date,” Hastie says.

STRONG FINISH: Abbotsford’s Adam Hadwin closed with a six-under 66 and tied for 32nd at The American Express tourney in La Quinta, Calif. Hadwin’s 72-hole score of 10-under par was 13 shots behind winner Si Woo Kim of South Korea.

Merritt’s Roger Sloan and Abbotsford’s Nick Taylor were both in contention through two rounds but faded on the weekend. Sloan closed with a three-over 75 and tied for 40th at eight-under while Taylor shot 73 Sunday to finish tied for 47th at seven-under.

TORREY TIME: Hadwin and Sloan are both in the field for this week’s Farmers Insurance Open at Torrey Pines, where Australian Marc Leishman is the defending champion. Taylor is taking the week off.
Hadwin has made the cut in four previous appearances at Torrey Pines. His best finish came in 2015, when he tied for 32nd. This will be Sloan’s fourth appearance at the Farmers. In his lone made cut at Torrey Pines, he tied for 64th in 2015.

FINGERS CROSSED: After a one-year hiatus due to COVID-19, the Mackenzie Tour-PGA Tour Canada circuit hopes to play a full schedule in 2021. That includes a qualifying school scheduled for May 24-May 27 at Crown Isle Golf Resort in Courtenay, providing government permission is granted. The tour has yet to release its full schedule, which in past years has included three B.C. stops in Metro Vancouver, Victoria and Kelowna.

WINTER TOUR: The Vancouver Golf Tour tees off its winter tour with one-day events scheduled for Wednesday (Jan. 27) at Northview’s Canal course and Saturday (Feb. 1) at Royalwood in Chilliwack.