All Systems Go As Sagebrush Prepares For Its Re-opening 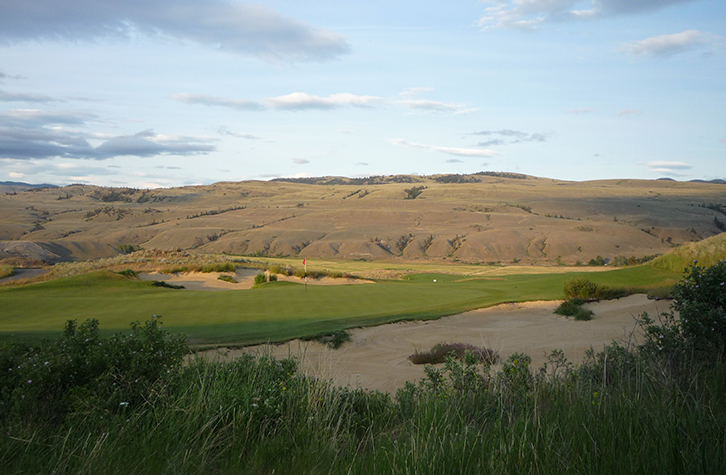 Its new website is up and running and Sagebrush Golf Club has begun taking reservation requests as the Merritt-area course prepares to re-open in mid-July following a seven-year hibernation.

Rather than tee times, Sagebrush will be offering what it is calling ‘Day Adventures.’ For $275, visitors can play as much golf as they like. They’ll also get on-course refreshments and lunch at the club’s Hideout retreat located between the 12th and 13th holes, where they can even do a little fly-fishing.

“What we are selling is a different product so to speak,” said general manager Mark Strong. “It’s not a tee time per se, it’s a day pass more than anything.” Strong has had to explain that model to some prospective customers who have called the club. Generally, the response has been positive. 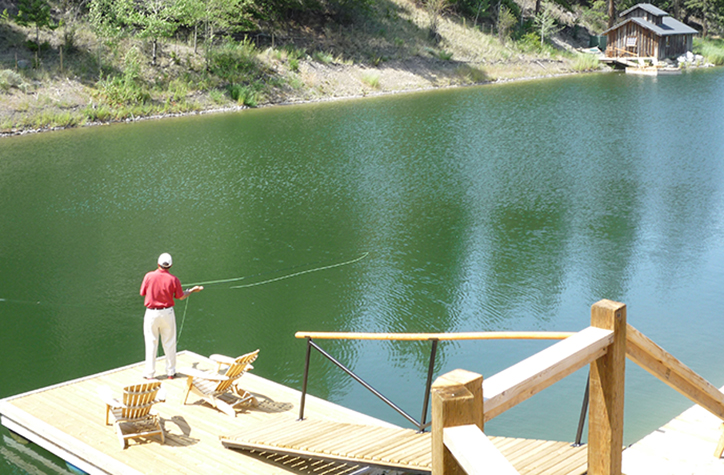 “Some people don’t completely understand that concept,” he said. “But we are getting a ton of excitement with that kind of model. Most people seem to be super stoked to try out something new where they can kind of play a little more golf, or a lot more golf, or find a place they want to hang out. I think that will be a lot of fun for people this year.”

Play will be limited each day to an absolute maximum of 60 guests. “Our target would be 40 to 60 players,” Strong said. That should allow guests plenty of room on the course and Strong expects they will spend their day at Sagebrush in a variety of ways.

“You can choose to hang out at the Hideout longer, do some fishing if you want, you can play more holes and come back, and you can target individual holes. We just have to get a buy-in from our guests that we will require everyone to respect everyone else in terms of their place on the golf course.

Sagebrush had been targeting July 1 as its re-opening date, but Strong said a mid-July date is more likely. A firm reopening date is expected in the coming days. “The best guess is middle of July with a little bit of preview play before that to just kind of beta-test our operation,” he said.

Superintendent Neil Pilon and his crew have worked hard to get the course back in shape. It had been largely neglected since the last rounds were played there in 2014.

Strong said the course will offer the same firm and fast conditions it was renowned for when it was ranked among the top 20 golf courses in the country. “In terms of playability that should be there right from day one,” Strong said. “We are very excited to reintroduce these golf shots to people.”

Sagebrush will also offer what it is calling a Sunset Golf Experience rate after 2 p.m. on select days. Lunch will not be included with that rate, but players will have access to food and beverage services and also can play as much golf as they want. Juniors aged 16 and under will play for free those days with a paying adult. 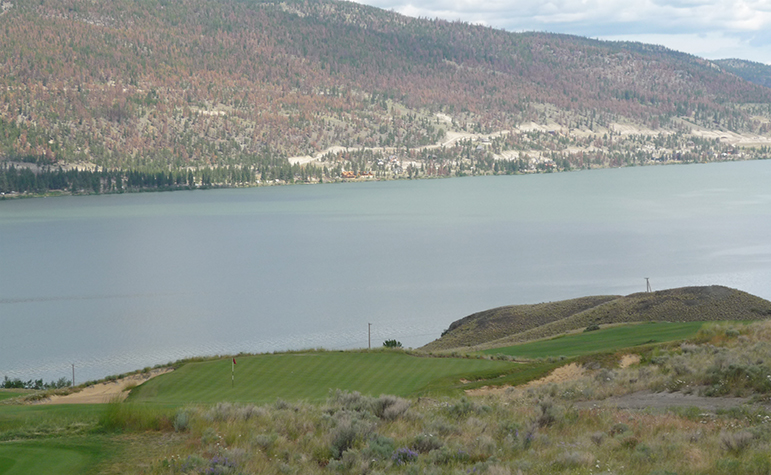 “It’s almost a $110 rate for parent-child,” Strong said. “Availability will depend on the day’s capacity. If we have 40 or 50 people already there playing the full day we won’t be able to add any of those afternoon times, but most days we will.”

Stay-and-play packages will also be offered at Sagebrush’s eight on-site suites. Strong said pricing for those packages, which will likely include breakfast and dinner, will be posted soon.

Langley real estate developer Andrew Knott now owns the long-term lease on the Sagebrush property, which sits above Nicola Lake. Knott and his partners had supplied former owner Mark Chandler with a private mortgage that Chandler used to buy Sagebrush in 2015.

Chandler ran into legal troubles and was recently sentenced to six years in prison in a Los Angeles courtroom after being convicted on a charge of wire fraud. When Chandler stopped making his mortgage payments, Knott and his parters took control of the property.

The Sagebrush property includes 37 residential lots that range between one and five acres in size. There are plans to create a residential community at Sagebrush and those lots will be put up for sale in the not too distant future.

Reservation requests for tee times -- make that Day Adventures -- can be made at sagebrushgolfclub.com.