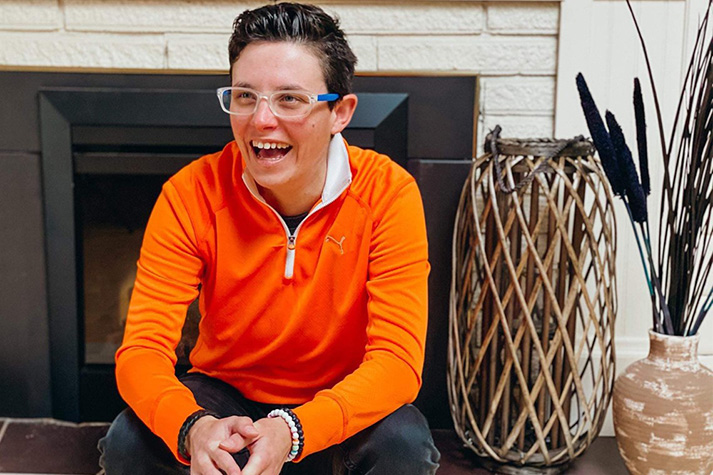 By Shelby Dechant (reprinted with permission from the PGA of Canada)

“I am an athlete, but I am also gay. At the end of the day if I’m not talking about that part of me, I am doing a disservice,” says PGA of Canada Class “A” Professional Kylie Frederick.

Frederick says that this has been her mindset during the most recent years of her 19-year golf career.

Frederick started golfing at seven years old with her family on Vancouver Island. Her dad would take her out to the course, which helped her find her passion for the game. At 13-years old, all of Frederick’s attention was put towards becoming a golf professional.

At this young age, Frederick had not yet come out as gay. She was a golfer and that was that.

“I just focused on my golf. It wasn't until I got a little bit older when I started to see more representation with it that I was like, OK, you know, it's getting safer to talk about this kind of thing,” says Frederick.

For years, the PGA of Canada member had separated two very important parts of her life, believing they did not have to correlate. However, when she realized that it was OK to talk about it, she did. Frederick believes that not talking about it was doing a disservice to the LGBTQI2S+ community.

Activism and the encouragement of inclusion within the golf community did not come as a grand gesture for Frederick. To do her part she, realized all she needed to do was talk and make space for open conversations.

Conversations about being LGBTQI2S+ were not always happening within the golf community. Frederick says even 19-years ago, a story like this one would most likely not have been done by any official body in the sports world.

“I think that when I got the email from the PGA of Canada [asking for this interview], I was like, ‘wow’, it felt good to want to put my story out there to show the representation and start the conversation. I think the main goal here is to just have conversations about it and get it out there. Because I think that's how we can start to educate others on it,” says Frederick. 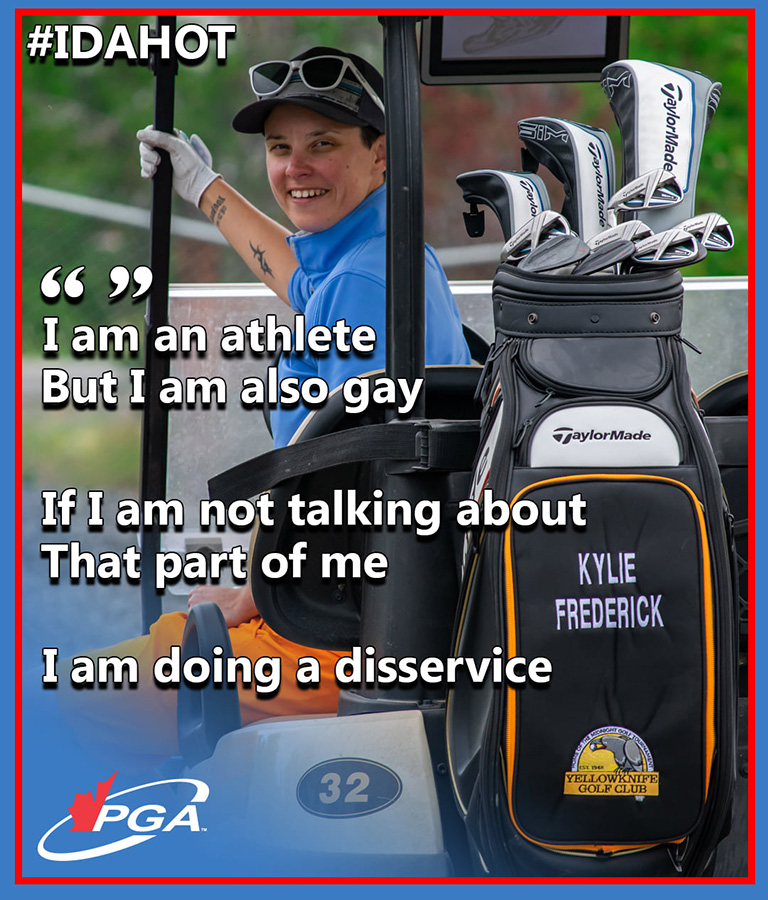 Talking to Frederick feels like catching up with an old friend. She is an easy conversationalist; her easy-going and friendly attitude comes through, even over the phone.

Frederick says that she wants any individual, LGBTQI2S+ or not, to feel safe and comfortable to talk to her.

“I'm the same as everybody else. I'm a golf professional, my goal is to teach the game of golf and to create a safe, fun work environment,” says Frederick. “But there is also knowing that I'm gay. I think that it helps other people feel safe, to have a conversation with me or to talk about things like that, knowing that I'm a safe person to have a conversation with.”

In 2019, PGA of America member Greg Fitzgerald organized the first Pride Golf Tournament in San Francisco. It has continued to be held every year since with great success. Frederick says that this is something that can be done in Canada to encourage inclusion within the sport.

“I thought a really great goal of mine would be to host an event like that,” says Frederick, “share the idea that golf is for everyone, campaign around it, and show the diversity in golf.”

Frederick says that the PGA of Canada has taken great steps to ensure that there is inclusion and diversity within the organization.

Frederick is currently the first female assistant pro at the Yellowknife Golf Club. The course is a sand golf course, and they host an annual Midnight Golf tournament on the summer solstice as the area sees 24 hours of daylight every day for at least a week.

Frederick says one of the most rewarding aspects of being a PGA of Canada member is the opportunity she has had to work in unique places and meet interesting people. While working in the Northwest Territories, Frederick commits to talking about diversity and inclusion within the golf community on her social media channels.

Frederick says that you are not defined by your sexual orientation or your job. You can be an athlete and be gay at the same time. Inclusion relies on the golf community and greater public understanding and encouraging the conversation.