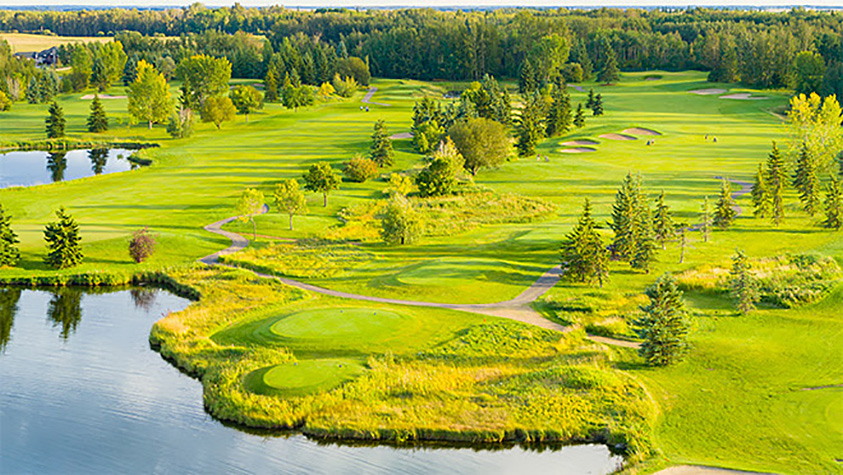 SPRUCE GROVE, ALTA. – The Canadian Women’s Amateur Championship is set for July 27-30 at the Edmonton Petroleum Golf and Country Club in Spruce Grove, Alta., for the 107th installment of the event. The 72-hole tournament returns for the first time since 2019, after the pandemic caused the cancellation of Golf Canada’s 2020 competitive season.

More than half of the top 50 Canadians on the World Amateur Golf Rankings (WAGR) are in the field with 27, including 2018 and 2019 Canadian Junior Girls Champions Celeste Dao (Notre-Dame-de-l’Île-Perrot, Que.) and Emily Zhu (Richmond Hill, Ont.), respectively.

“We are very excited to see the return of the Canadian Women’s Amateur Championship,” said tournament director Dan Hyatt. “The course is in phenomenal shape and will be a tough test for Canada’s best amateur golfers.”

The winner will receive an exemption into the 2022 CP Women’s Open, as well as the 2021 U.S. Women’s Amateur

Edmonton Petroleum Golf and Country Club was established in 1993 and features a Mark McCumber design. It is a par-72 with a maximum yardage of 6,244 yards with tree-lined fairways and large bodies of water.

The Canadian Women’s Amateur Championship is a 72-hole stroke play event, with a 36-hole cut for the low 70 players and ties. In the event of a tie at the end of four rounds, there will be a hole-by-hole playoff immediately following completion of 72-holes.

The practice round will be conducted on July 26.

Previous winners of the Canadian Women’s Amateur Championship include Jennifer Kupcho of the United States (2017), Brooke Henderson of Smiths Falls, Ont. (2013), and Ariya Jutanugarn of Thailand (2012). All three golfers are currently ranked inside the top-25 of the Women’s World Golf Rankings.

Click here for the full field, tournament information and scoring.

Mary Parsons
The 22-year-old from Delta, B.C., is in her third year as a part of the National Team, having previously been a part of the National Amateur Squad in 2020, and the Junior Squad in 2017. In 2019, Parsons won the Lady Boliermaker in the NCAA, and in 2018 Parsons won the B.C. Women’s Amateur Championship. She finished fifth at the 2019 Pan American Games and was a quarterfinalist at the 2020 Women’s Western Championship. Parsons has been a member of the Indiana University Women’s Golf Team since the 2017-18 season.

Noémie Paré
The 23-year-old from Victoriaville, Que., is in her second year as a part of the National Amateur Squad. Paré finished inside the top-10 in seven events in 2020, including wins at both the Palm Beach Collegiate Invitational and the Québec Women’s Amateur Championship, and runner-up finishes at both the Alberta Ladies Amateur Championship and the Atlantic Collegiate Invitational. Paré was a member of the Barry University Women’s Golf Team from the 2016-17 season until she graduated in 2020.

GOLF CANADA AMATEUR CHAMPIONSHIPS
Golf Canada annually conducts more than 20 championships nation-wide which play host to more than 3,000 domestic and international athletes from all corners of the world. In partnership with our host clubs, thousands of volunteers, provincial golf associations and our proud sponsors, Golf Canada is dedicated to supporting player development through world-class competition since our inception in 1895. Officiated by certified Canadian Rules of Golf officials, Golf Canada’s amateur competitions are fully compliant with golf’s international governing bodies and include marquee events such as the Canadian Men’s and Women’s Amateur Championships as well as the Canadian Junior Girls and Junior Boys Championships. Golf Canada’s amateur championships are proudly supported by RBC, Canadian Pacific, Sport Canada, Levelwear, Titleist and FootJoy.