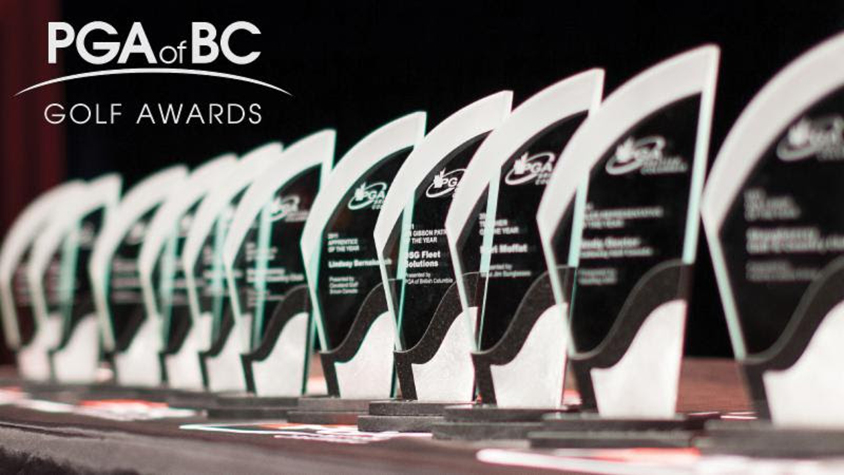 OCTOBER 13, 2021 - RICHMOND, BC (PGA of British Columbia) - The PGA of BC proudly named the provincial recipients of the Association's 2021 Award Program during an online broadcast of the PGA of BC Awards Celebration presented by Replay Golf Supplies & Tribal held this afternoon.

Recipients were announced for the following 11 awards during the course of the afternoon's festivities:

As well, the Awards Celebration featured a special presentation from the ALS Society of British Columbia, recognizing the efforts of PGA of BC Professionals who participated in this year's Golfathon for ALS across the province. In 2021, the initiative raised in excess of $231,000, bringing the 16-year cumulative total to more than $2.3 million raised to support individuals and families affected by ALS.

Additionally, the BC chapter of the National Golf Course Owners Association Canada's Fore Season Golf Professional Award was presented to PGA of BC President and Talking Rock Golf Course Executive Professional Adam Blair during the festivities.

An archived copy of today's Awards Celebration broadcast can be found by clicking here. Congratulations to all of our deserving award recipients.