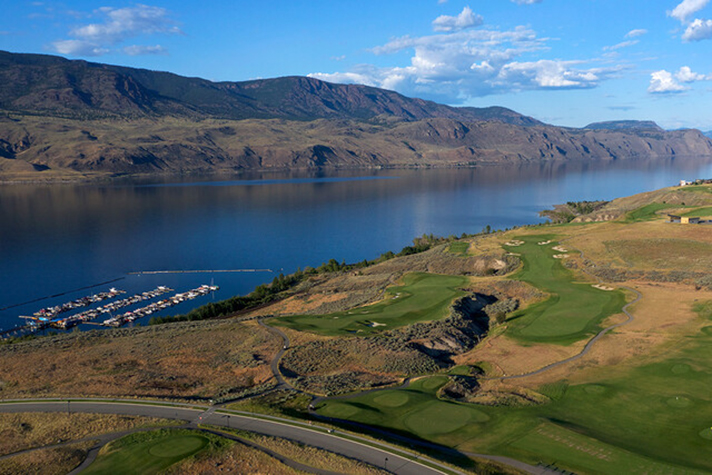 Tobiano golfers will soon be able to do more than just admire the stunning views of Kamloops Lake during their rounds. They’ll have the opportunity after they play to hop in a boat to do a little cruising, water-skiing or wake-boarding, or perhaps head out on a jet ski, paddle-board or kayak.

The golf course has purchased Bruker Marina, which is located on the Tobiano resort property, and general manager Terry Smith said the course plans to develop unique ‘Birdie, Boat and Barbecue’ packages where golf groups can play 18 holes in the morning, spend some time on the water in the afternoon and enjoy a meal afterward on the clubhouse patio.

“That’s the idea,” Smith said. “It’s quite early so we haven’t got too far on that.” Tobiano plans a number of upgrades to the marina so it won’t roll out most of its packages until the 2023 golf season.

“It could happen by mid-summer (of 2022), but we just want to make sure we have the right people in place and promote it properly,” Smith said. “We want to get a handle on the business before we start offering anything. But that’s definitely where we want to take it.”

Like most courses, Tobiano’s business has boomed the past two years. Smith said play is up 20 to 25 per cent from where it was two years ago. “The golf course is in amazing shape and golf still seems to be high on everyone’s list of things they can do,” he said. “We’re quite happy with the last couple of years.”

ORANGE BOWL BOUND: Cooper Humphreys of Vernon, Luna Lu of Burnaby and Surrey’s Lauren Kim have been selected to play in the Junior Orange Bowl International Golf Championship, which goes Jan. 3-6 at Biltmore Golf Course in Coral Gables, Fla. All three are members of Golf Canada’s national junior team. This will be the 58th playing of the tournament, which draws top juniors from all over the world.

STRONG FINISH: Kelowna’s Megan Osland closed with a five-under 67 and finished seventh at the Arizona Open at Orange Tree Golf Club in Scottsdale, Ariz. The 54-hole event is the flagship event of the Cactus Tour. Osland finished the tournament at six-under par. That was five shots behind winner Gabriella Ruffels, an Australian who now lives in Indian Wells, Calif.

Q-SCHOOL SUCCESS: Congratulations to former B.C. Women’s Amateur champion Maddie Szeryk, who now has status for the 2022 LPGA Tour. Szeryk, who won the 2017 B.C. Women’s Amateur Championship at Vernon Golf Club, fired a clutch four-under 68 in the eighth and final round of the LPGA Tour Q-school in Alabama to get through by one shot. Szeryk, a dual citizen from Allan, Tex., is longtime member of Golf Canada’s national teams. 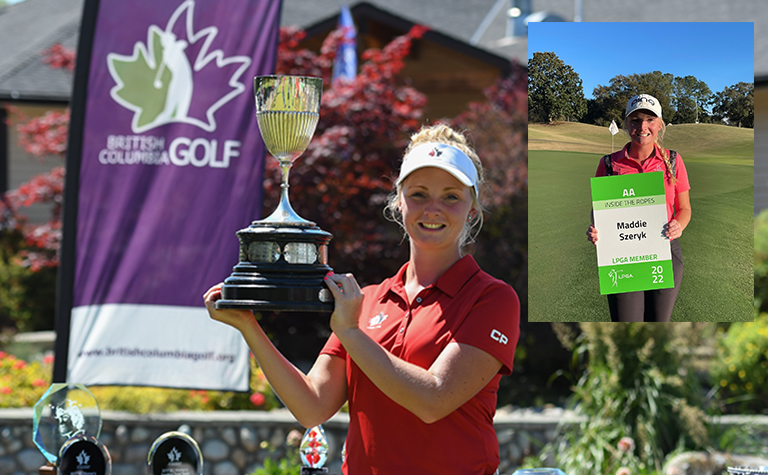 LIKE FATHER LIKE SON: Roan Vollmer has been appointed director of golf at Westmount Golf & Country Club in Kitchener, Ont. Vollmer is the son of longtime B.C. pro and B.C. Golf Hall of Fame member Wayne Vollmer, who recently retired as director of golf at Morgan Creek in Surrey. Roan Vollmer had spent the past 13 years as director golf at Oakdale Golf & Country Club in Ontario.

JUNIORS WANTED: Vancouver Parks Golf has seen impressive growth in its junior membership. The program at Fraserview, McCleery and Langara golf courses has grown from 20 juniors when it launched in 2016 to 120 in 2021. Junior members played an average of 28 rounds each. Junior memberships for ages 12 through 18 are now available for the 2022 season and include unlimited golf at Fraserview, McCleery and Langara until March 21, 2023. Junior memberships purchased before March 31, 2022 are available for $399 (regular price is $449) and include a bonus 10-round pitch-and putt card. For more information visit vancouverparksgolf.ca.

WEEKEND OFF: Richmond’s Ziggy Nathu and Henry Lee of Coquitlam both missed the cut at the Scotia Wealth Management Chile Open in Santiago. Lee, a recent University of Washington graduate, completed 36 holes in two-over par and missed the cut by four shots. Nathu, a former UBC Thunderbird, missed the weekend by five shots. The PGA Tour LatinoAmerica circuit now takes a two-month break. Its 2022 schedule resumes Feb. 17-20 with the Estrella del Mar Open in Mazatlan, Mexico.

CHIP SHOTS: Ian Kim of Surrey topped the field with an eight-under 63 at a Vancouver Golf Tour one-day event at Mayfair Lakes in Richmond. . .Kathy Gook, director of golf at Bighorn Golf Course in Kamloops, has been named to this year’s LPGA 50 best teachers list . . .Columbia Edgewater Country Club in Portland, Ore., will play host to the 55th Pacific Coast Amateur Championship, July 19-22, 2022. Recent past champions include now PGA TOUR regulars Will Zalatoris, Doug Ghim and Aaron Wise. Abbotsford’s James Lepp is the lone Canadian winner of the Pacific Coast Amateur. Lepp won the title in 2003 when the tournament was played at Capilano Golf & Country Club in West Vancouver.