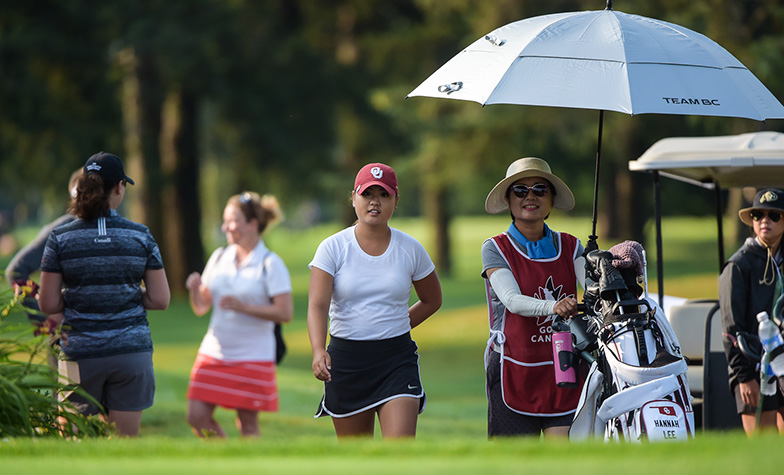 For many years growing up, Northview Golf & Country Club was Hannah Lee’s home away from home. She pounded balls on its driving range, spent countless hours on its putting green and gained an intimate knowledge of the Ridge and Canal courses at the Surrey facility.

Northview helped Lee develop into one of British Columbia’s top junior players. She became a member of Golf Canada’s national junior team and earned herself a scholarship to play collegiate golf at the University of Oklahoma.

And now she’s back at Northview, beginning a new kind of golf journey, not knowing quite where it will take her. Lee has just joined the PGA of Canada as an apprentice professional at Northview and is now seeing golf from a new perspective.

“As a junior golfer or a collegiate golfer I only saw it from a golfer’s standpoint,” Lee said. “It’s cool because I now get to see how golf courses operate and function because before I was just there to solely play golf. Now I am seeing things from a different perspective. It has been a bit of an eye-opener.”

Lee graduated from Oklahoma with a communications degree last May and began working at Northview late last summer. She recently decided to join the PGA of Canada and begin her apprenticeship as a pro. “I have been working with these Class A professionals here the past few months and learning so much,” Lee said. “I just thought this would be a good opportunity for me to learn more. I feel like if I get my teaching education with the PGA of Canada I could learn more about the game and put myself in a good position to open my options up to possible career opportunities.”

Northview Head Professional Greg Pool said Lee has a been a great addition to his staff. “Hannah is a huge asset in our golf shop right now,” Pool said. “Our whole team loves her and she is awesome with guests.” 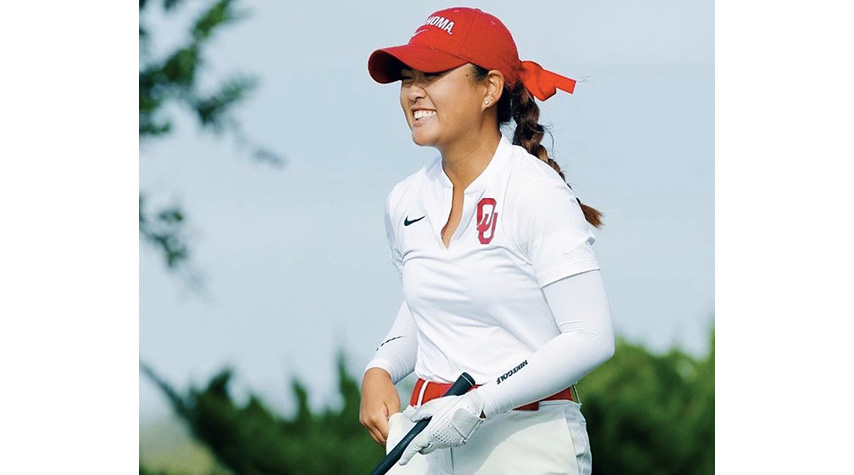 Lee enjoyed her time at Oklahoma, where she said she learned a lot about herself. “It was bittersweet leaving because I loved my time there,” she said. “It wasn’t just about golf. I learned a lot about myself as a golfer, but also I grew as a person there, too. It was a great four years for me. I was super excited to be done with school, but also a little sad to leave.”

The golf didn’t always go as well as she had hoped, in large part due to some injuries she suffered. “Truthfully, I didn’t have the collegiate career I had always wanted to have, but there’s nothing I can do to change it,” she said. “I had never really had injuries throughout my junior golf so in that sense I was very lucky. And then I got to college and I started having a lot of lower back issues and I had some knee problems as well. Everything started piling up on top of each other. I couldn’t play some tournaments because my back was hurting too much.”

Still, she called her four years in Oklahoma a wonderful experience she’ll always cherish. About the only thing she won’t miss is the wind. “Coming from Vancouver I was used to playing in the rain. In Oklahoma the winds are just crazy. I definitely won’t miss the wind and tornadoes.”

Lee hasn’t lost her itch to play. She plans to work hard on her game this spring, perhaps play in some Vancouver Golf Tour events and maybe enter LPGA Tour qualifying school late this summer. “I am just excited to see where my future in golf takes me,” she said.