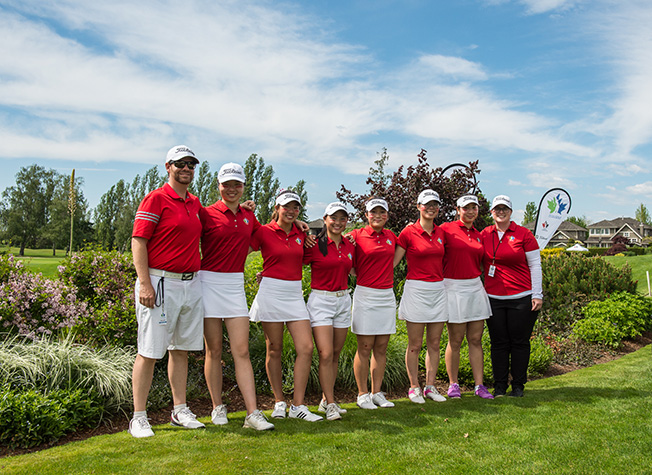 Although the annual NPJLTM competition has been cancelled the last two years due to the Covid-19 pandemic, they are back on track this year and Team BC just happens to have won the last four events played, from 2016 - 2019. Thus they take to the links in search of the rare 'Five-Peat'.

The return to competition after a two-year break will bring with it some new faces to the BC Team, both on the player's side and the coaches as well.

The event is patterned after the Curtis Cup Matches for amateur women (which stimulates friendly rivalry for women golfers from the United States, Great Britain and Ireland).

In 1997, the NPJLT matches were expanded to include Oregon and Alberta, making it a four-association, six girls on each team, competition. Over the years the teams have changed and in 2015 Team Idaho was included. Each of the 4 teams now brings 6 players. Truly a “North Pacific” event with teams from British Columbia, Washington, Oregon and Idaho competing.

Kate Weir is the PGA of Canada Head Professional at Rivershore Estates & Golf Links in Kamloops, BC and was honoured as the 2019 PGA of BC Apprentice Professional of the Year. Kate has been a British Columbia Golf coach since 2016 and includes on that resume a role as North Pacific Junior Ladies Team Matches Assistant Coach in 2019, the last year this competition was played with BC winning the event at Richmond's Quilchena GC. Weir also was the BC Summer Games Head Coach for Zone 4 in 2016 & 2018, taking home the Gold medal on both occasions.

"I'm very excited to be named coach for this team. I had a blast as the Assistant Coach in 2019 and really look forward to taking this team down to the event. It's an incredibly fun event and one of the only match play events they will get to experience in their junior careers," says Weir.

Acknowledging the fact that Team BC has its eyes on a fifth consecutive victory in this competition, Weir said, "Yes of course there is pressure as we are multi-time defending champions. But as the event hasn't been contested in three years, each team is going to have a very new roster of players so I think we will all be in the same situation with a bunch of players who haven't played a lot of match play. Having the winning record of the past will serve as great motivation because these girls are highly competitive and will want to carry on the winning tradition."
And as for who will make up that new roster of players for BC she said, "I've watched all of the girls play a few times and have met some of them. I have known one or two of them since they were very young. There is definitely some getting to know each other to do, but that's what we will use the next few weeks to do... get prepped and find some chemistry."

Michelle McCann is an Associate Professional at Uplands Golf Club in Victoria and runs their Junior Program. Michelle has a Bachelor of Business Administration in Human Resource Management from Camosun College and she is a certified instructor and coach with a multitude of certifications in both disciplines. McCann started out in Junior golf and proceeded to play Varsity golf. She has focused her career on growing the game and creating good community members through junior golf.

"I'm honoured to be named assistant coach for the BC Team, this is such an exciting and prestigious event and I am very much looking forward to it," said McCann. "In-person coaching opportunities have been few and far between with the global situation these past few years and as my love for coaching grows, I cherish the opportunity to travel and compete internationally. I look forward to taking a group of talented young junior girls down to Washington and I hope that we can use past performances by team BC as motivation to continue our winning streak."

As far as player selection goes, "At this point, prior to team selection I am not sure who will be on the team, but I do know some of the young women on the radar. Once team selection is completed we will be planning some team building events both virtually and in person to start creating a cohesive team. I look forward to bonding, and building strong, lasting relationships with a group of fantastic young women," said McCann. 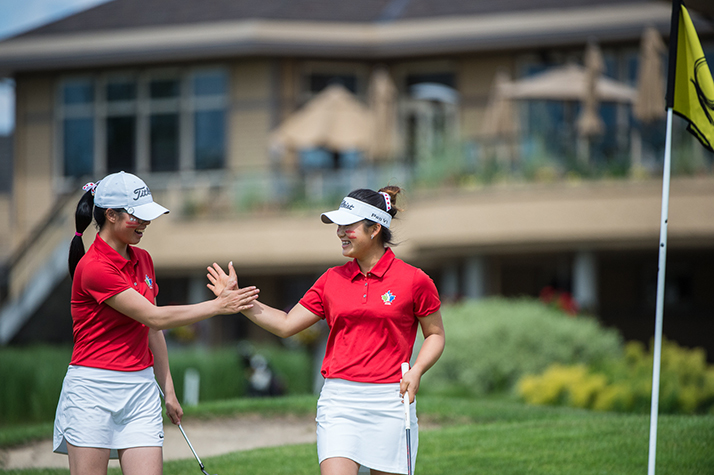 Managing Director of Player Development Debbie Pyne who is heading up the assembly of Team BC had these thoughts on the task ahead for the Team BC coaches. “Kate Weir is the head coach for the 2022 BC Team. In 2019, the last time we played these matches, she was the Assistant Coach. The pressure is on, as we attempt an historic record of a 5-peat for BC and as the only team from Canada.

"Meanwhile, Michelle is a new coach with BC Golf this season, she is making her debut with the North Pacific matches and the BC Team of 6 girls. This competition will be a great coaching experience for her, as it’s an international match.”
Pyne goes on to say, “Having both Kate and Michelle on the 2022 BC Women’s Coach roster has been a 4-year commitment by British Columbia Golf. The opportunity for them to coach at a high level team competition was always our shared goal. I’m thrilled to see them in action as provincial coaches this year.
"Lots of prep work will be required by Kate and Michelle to get the team ready by the end of May. The BC Team will essentially be comprised of 'rookies', as a result of cancellation of the matches in 2020 and 2021. Anytime you have a re-build year, it pushes the coaches to be extremely productive to achieve a win.”
The player selections are being finalized and will be announced within the next 7-10 days.