Vancouver, BC - Golfers participating in the 42nd Junior America's Cup were faced with sunny skies again at Shaughnessy Golf and Country Club as they entered the third and final round of this year's tournament. The Shaughnessy course really challenged the players each day as they all battled to take home the title. Hawaii team members were able to read the greens and master the course to be declared champions and take home the title. 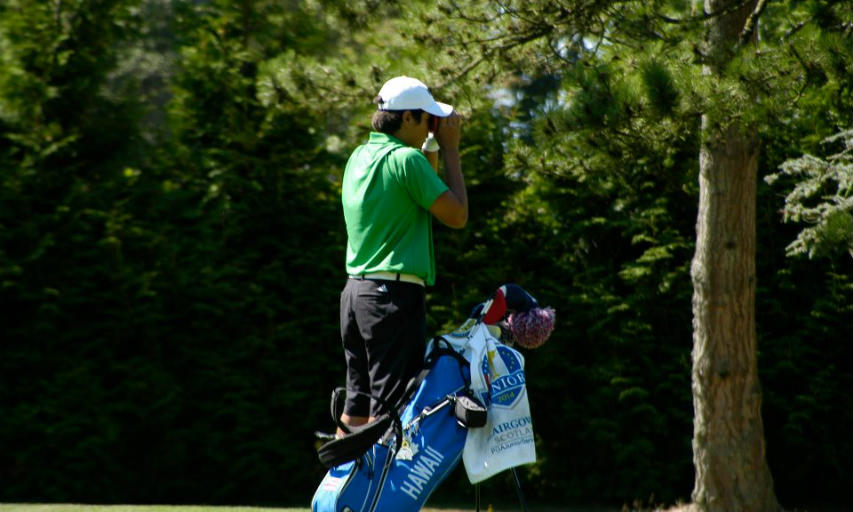 Hawaii sat in first place after completing round two with a two day combined total of 450 only one stroke ahead of second place.  With a one-stroke lead Hawaii took to the course knowing that they had to start the round with a bang to secure their lead. The team started off a little shaky as the team created only three birdies throughout the front nine.  Although they started off shaky team Hawaii stayed focused and were able to pick up their game throughout the back nine to finish today off with a total score of 235.

British Columbia 1 found them one point behind the leader heading into the third round, with the win so close British Columbia took to the course feel confident, focused and relaxed.  Although they started out strong with Jordan Lu of Vancouver, British Columbia on a hot streak birdying 4 of his first nine holes, the team just couldn't hold on to the momentum entering the back nine.

Shawn Lu from Honolulu, Hawaii took home the Sally Pini trophy as he finished first in the medalist category. Lu played a very consecutive three rounds with his lowest score coming out in round three carding 70, which gave him a three-day total of 215. Although the course played tough Lu hit the green in regulation and was able to make some good putts to stay in the lead. Justin Suh for San Jose, California placed second in the medalist category scoring 218 over three rounds leaving him only 3 strokes out of first place. Cole Madey from West Linn, Oregon and Jamie Cheatham from Rancho Santa Fe, California both finished in third scoring 222 over three rounds.