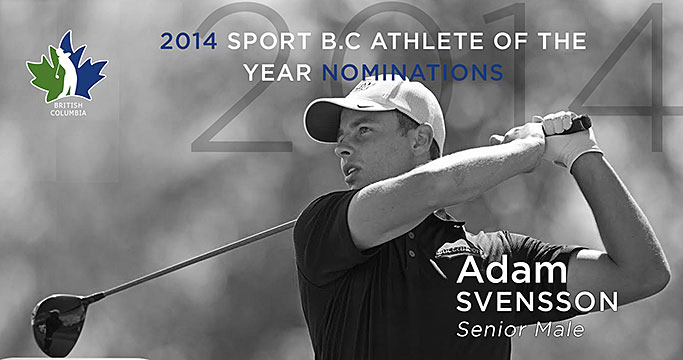 Surrey’s Adam Svensson keeps on adding honours to his resume.

Svensson was just named the Pacific Northwest Golf Association’s Male Golfer of the Year, is currently ranked number 2 in Golf Canada’s ranking of top amateur golfers, is a member of Golf Canada’s National Team and has put together an impressive and consistent championship record in 2014.

As a junior at Barry University in Florida, Svensson won seven of the 12 NCAA Division II events he competed in, a record that earned him the Jack Nicklaus Award for best Division II golfer in the nation. He added a win during Barry’s autumn season to make it eight college wins.

Svensson competed in the World Amateur Team Championships in Japan, where he took 7th place individually, and 2nd in the team competition with colleagues Corey Conners and Taylor Pendrith. 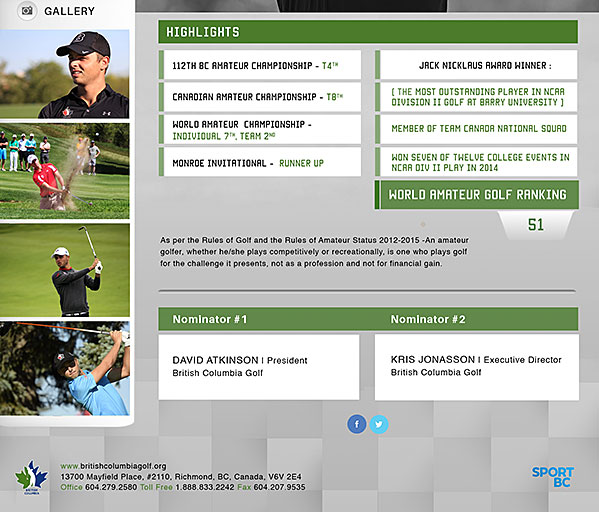 Svensson has a World Amateur Golf Ranking of 51. Svensson, who works with coach Rob Houlding in Surrey, also played the 2014 RBC Canadian Open on an exemption and shot credible rounds of 70 and 71 in just missing the cut.

The 2014 winner of this award was Boston Celtics basketball player Kelly Olynyk of Kamloops.