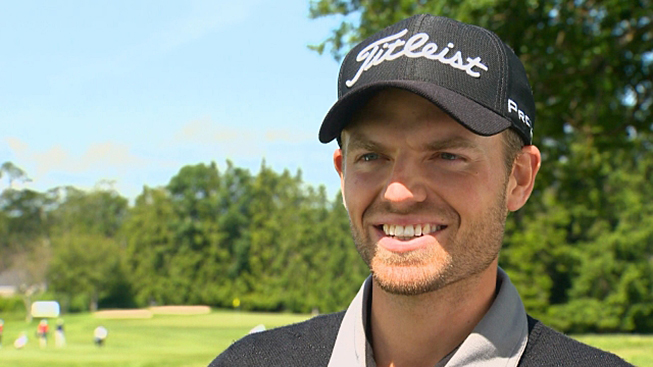 It was just after 6 p.m. at the McCormick Ranch Golf Club in Scottsdale and almost too dark to see anything, but Victoria’s Cory Renfrew smiled so widely that it almost lit up the course.

Renfrew, listed officially as a Scottsdale resident – he does live here with roommate Eric Hawerchuk, as they chase their golf dreams – is the pride of Victoria and shot a (-6) round of 66 on the Pine Course at McCormick Ranch to claim one of the three spots into the Waste Management Open, Phoenix’s biggest party masquerading as a golf tournament.

“I’m stoked,” said Renfrew as his cellphone buzzed incessantly with well-wishers and friends wanting to congratulate him. “This is the first successful Monday qualifier for me. I’m looking forward to playing on Thursday.”

Renfrew has only played one previous PGA TOUR event, the 2012 RBC Canadian Open, so there’s a steep learning curve for the proud Cordova Bay member.

Renfrew’s loyalty to Cordova is so strong that last year, when presented with a lucrative sponsorship offer by a neighbouring Island course, Renfrew had to respectfully decline. In fact, a group of Cordova Bay members – several of whom play a regular Saturday game – were early investors in Renfrew’s talent and keep tabs on their friendly investment.

“It wasn’t about the money,” Renfrew said about turning down the sponsorship. While a Southwest PGA section member handed him the forms he would need to fill in and register for the PGA TOUR event, Renfrew had to try to find out how to sign up for a practice round at the TPC Scottsdale on Tuesday because he won’t have access to the course for much of Wednesday because of the Annexus Pro-Am.

But on Monday, it was about Renfrew excelling on a course two miles south of the TPC Scottsdale. Starting on the 10th hole in the morning flight, Renfrew had six birdies in his first nine holes and added another on the front nine.

His only mistake was on his sixth hole, the 15th, where he made his only bogey. “I started well with birdies on my first three holes and I hit it close all day,” said Renfrew. “I don’t think I had many putts outside of five or six feet.” 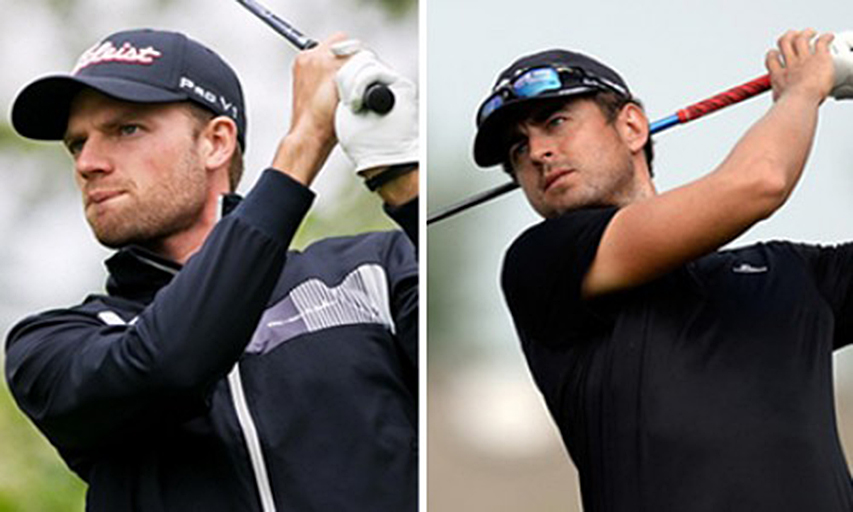 Renfrew completed his round just after noon and had to wait a nervous six hours as his 66, along with Scott Harrington, was good enough to hold off the afternoon wave of 50-plus hopefuls.

Harrington and Renfrew exchanged congratulatory handshakes while a rules official convened with four other players, Andrew Loupe, Blayne Barber, Andrew Pope and two-time U.S. Open Champion Lee Janzen, to tell them they would have to be back bright and early Tuesday to see which one of them would earn the final spot into the TPC Scottsdale event.

“I think the rule is the oldest guy gets it,” Janzen joked with the other three as he congratulated them on their rounds of 67.

Also smiling in the darkness was Hawerchuk, son of NHL Hall of Famer Dale, who couldn’t be happier for his roommate, if not a bit envious.

“I’m not surprised because he’s been so ready for this for so long,” said Hawerchuk. “It is nice to see him doing well, but I’ve taken him down now and then.”

Hawerchuk wasn’t successful in pre-qualifying for the Monday qualifier and would love to watch his roommate play on Thursday, but his own golf game beckons.

“I’ve got a Gateway Tour event I’m playing in and then I’m going to San Diego to try and play that pre-qualifier,” said Hawerchuk. “I do want to try and get out and see him play, but it’s looking tight with my schedule right now.”

Not so lucky were two Vancouver Golf Tour graduates, Ryan Williams and Adam Cornelson, who shot tidy rounds of (-3) 69 that were good for T12, but no golden ticket into the party at TPC Scottsdale.

As darkness enveloped the McCormick Ranch parking lot, one of the last cars left was Renfrew’s SUV, noticeable by his British Columbia license plates.

He wanted to get home to start preparing for Thursday, but his phone was still buzzing away, his smile still lighting up the car. It’s a good bet that smile will be plastered on his face for the rest of the week.