All New Experiences For Ryan Williams In 2015 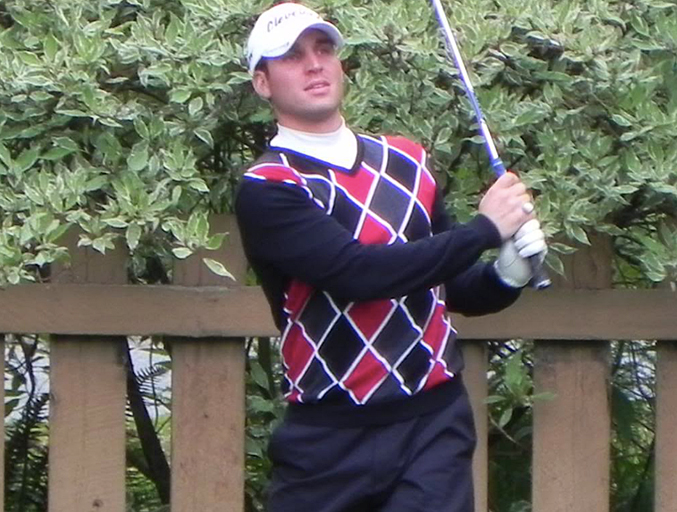 It doesn’t take a math major to figure out three winners out of 131 hopeful golfers leaves a lot more losers than winners.

Those were the odds 33-year-old Ryan Williams faced by trying to Monday qualify for the 2015 Waste Management Open at the party-crazed TPC Scottsdale during Super Bowl Week.

But it wasn’t the TPC Scottsdale where Williams’ dreams came to an end, it was several miles to the south at the Pine Course at McCormick Ranch, where Williams shot a tidy (-3) round of 69, only to find out that was two shy of getting into a four-way playoff ultimately won by Andrew Loupe on Tuesday morning.

Williams can take inspiration from knowing that one of the top two finishers was someone he’s competed against in British Columbia. Cory Renfrew of Victoria shot a (-6) round of 66 to tie for top spot with Scott Harrington.

Only Renfrew would make the 36-hole cut and cash a cheque for his troubles, but seeing someone he knows well succeed at golf’s highest level is inspiration enough for the Surrey native.

“I’m a little jealous, but that was great playing by Cory,” said Williams as he followed Nick Taylor, another close friend who’s made it for real on the PGA TOUR.

“I had bogeyed the second hole and then I made some nice birdies to get it to three-under. I knew I would probably have to get it to 5 (under) to give myself a chance at a playoff and that’s what it turned out to be.”

Williams earned conditional status on the Web.com Tour, but that won’t guarantee many starts for him. Instead, he’ll have to try to Monday qualify his way into those events later this year and playing Monday qualifiers for Phoenix and San Diego gave him some much-needed experience.

Williams' experience at El Camino Country Club in Oceanside was even more dismal, as he shot a (+1) round of 73 that had him 8 strokes off what he needed to get into Torrey Pines.
alt
Williams (Seen Here Teeing Off In The Golden Ears Open At Pitt Meadow GC) Has Had Lots Of Local Success Including 10 Wins On The Vancouver Golf Tour, The Same Tour That Helped Produce Current PGA Players Adam Hadwin And Nick Taylor - Image Courtesy Ryan Williams Golf

“This is all new to me,” said Williams. “People may say it’s not ideal, but I look at where I am now as compared to a year ago when I didn’t have my Web.com status and I’m in a way better spot.”

2014 saw Williams play predominantly on PGA Tour Canada, where he won the season-ending Tour Championship and finished sixth on that money list, one short of a Top 5 finish which would have given him a full Web.com card for 2015.

Williams was also a frequent winner on the Vancouver Golf Tour. He had a total season winnings of just under $65,000.

Just having his Web.com status means Williams doesn’t have to pre-qualify for the Monday qualifiers.

That’s the plight of his buddy Adam Cornelson, who also shot (-3) 69 at McCormick Ranch. Cornelson only got into that tournament by pre-qualifying the Thursday before.

And since Cornelson missed out at McCormick Ranch, he couldn’t hang around Phoenix to cheer on Taylor, having to instead drive to San Diego to Thursday pre-qualify for the Monday qualifier at El Camino Golf Club.

Cornelson wouldn't get to Monday and he and Williams hightailed it back to Palm Springs, where they have a place to stay and courses on which they can work on their games.

Williams didn’t have those worries the previous week as he walked the 15th fairway with Taylor’s wife Andie and another golf friend, Kevin Stinson, who graciously put up his Scottsdale pad for both Cornelson and Williams to crash in.

Williams had a chance to get some advice from Taylor, who told him that his game was on a par with many of the pros who have made the jump from Web.com to the PGA TOUR, and it’s just a matter of Williams taking advantage of any and all playing opportunities to get to the next level.

Williams also had time to meet up with Cleveland equipment representatives who took some measurements and will have shiny new gear for him very soon.

Williams works with Hazelmere teaching professional Phil Jonas, mostly by phone and via the Internet, because the two are rarely in the same place at the same time.

“Last year, Phil was still playing on the European Senior Tour so I didn’t see him a lot, but we had a lot of good conversations,” said Williams. “What he’s working on with me has helped me a lot. Now that he’s going to be playing less, I’ll probably be seeing more of him.”

Williams looks a lot younger than 33 and while he’s loved golf since he was 7, he didn’t give his full attention to golf for several years because he was chasing after a hockey career that took him from Surrey to Richmond to Michigan and the Bay County Buzzards.

Now with his attention fully on golf, there’s little that will get in Williams’ way. “My ultimate goal in this game is to be the best I can be and to share all the rewards along the way with everyone who has helped me,” said Williams. “I won’t stop until it’s accomplished.”