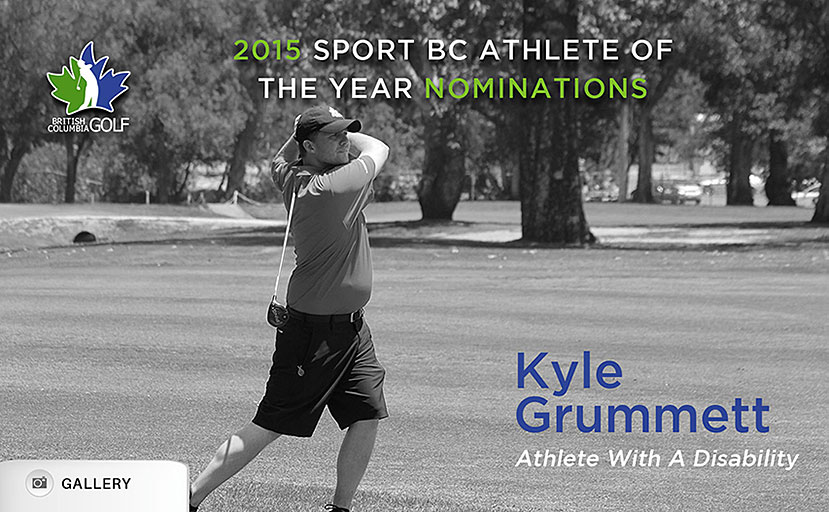 Kelowna's Kyle Grummett has been nominated for the Sport BC Athlete of The Year Award for an Athlete With A Disability.

The various category award winners will be announced at the awards banquet to be held Thursday, March 10th, 2016 at the Vancouver Convention Centre.

Kyle Grummett had already made his mark as an international athlete by competing for Canada on its Special Olympics Softball Team and was in fact elected to the BC Sports Hall of Fame in 2015 with the rest of his Teammates from the Kelowna Grizzlies for their Silver Medal performance in the Special Olympics World Games in Greece in 2011.

Wanting to test his athletic abilities even further Kyle took on the extremely challenging game of golf and soon found himself winning a Gold Medal in the sport at the 2014 Special Olympics Canada Summer Games in Vancouver.

Kyle followed that up with a Bronze Medal in 2015 at the Special Olympics World Summer Games as a member of Team Canada in Los Angeles. 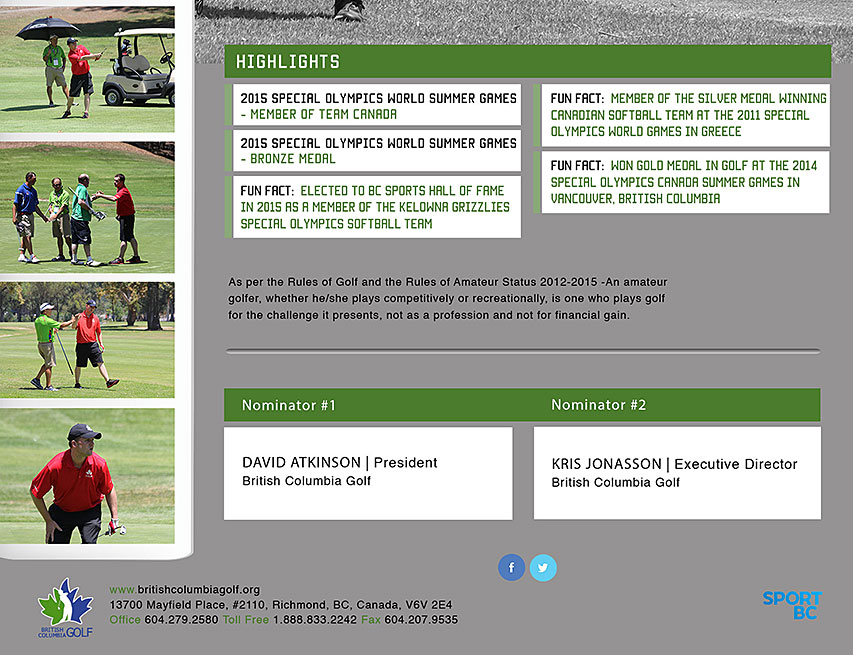