One Of 8 GolfBC Championship Sponsor's Exemptions Goes To Jacqueline Bendrick 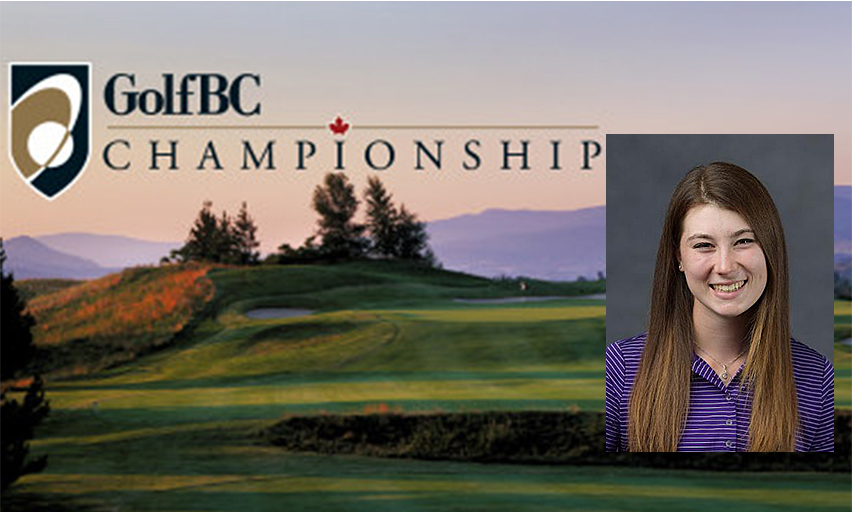 The inaugural GolfBC Championship will have the usual 156-player field when it begins Thursday at Gallagher’s Canyon Golf & Country Club in Kelowna.

Actually, there will be one notable difference. When the Mackenzie Tour-PGA Tour Canada makes its Okanagan debut, 155 men and one woman will be teeing it up.

Jacqueline Bendrick, a 20-year-old collegiate player from Mercer Island, Wash., has been granted a sponsor’s exemption into the $175,000 event. She will be the first woman to play in a Mackenzie Tour event since the PGA TOUR began running what was formerly the Canadian Tour back in 2013.

Bendrick just completed her sophomore year at Furman University in Greenville, S.C., where she helped the Lady Paladins advance to last month’s NCAA Championships in Eugene, Ore. She said she accepted the exemption in part because the tournament’s charitable beneficiary is the B.C. Cancer Foundation.

While Bendrick does hope to pursue a pro golf career, her ultimate goal is in medical research. That is prompted by the fact she has lived with Type 1 diabetes since she was 16 months old and has lost both her grandmothers to cancer.

“This tournament is a tremendous opportunity for me to experience golf at the next level, as well as a way for me to honour the memories of family members who lost their lives to cancer,” Bendrick said in a statement released by GolfBC.

Teeing it up alongside some of the best young male pros figures to be a stern test for Bendrick, who helped Furman earn three tournament wins this past season. Her stroke average this past season was 74.9 and she is ranked 240th in Golfweek’s most recent collegiate rankings.

She registered four top-15 finishes this past year and tied her career low round with a 68 at the Yale Intercollegiate tourney. Bendrick played for Mercer Island High School before completing her high school studies at the IMG Academy in Bradenton, Fla. She qualified to play in the 2014 U.S. Women’s Amateur Public Links Championship.

While she will be the first woman to compete on the new Mackenzie Tour-PGA Tour Canada circuit, two others did play events on the former Canadian Tour . Michelle Wie, then 13, played in the Bay Mills Open in 2003. She shot rounds of 74 and 79 and missed the cut. Quebec native Isabelle Beisiegel earned conditional status at the Canadian Tour’s 2011 qualifying school. Beisiegel played in six events that year, but failed to make a cut.

Bendrick is one of eight players who received exemptions into the GolfBC Championship, which goes June 9-12. Greg Machtaler, a past Mackenzie Tour winner from Summerland, was announced as the new tournament’s first exemption back in February.

Other exemption have been awarded to: