Roxburgh Reflects On 50 Years Of Excellence 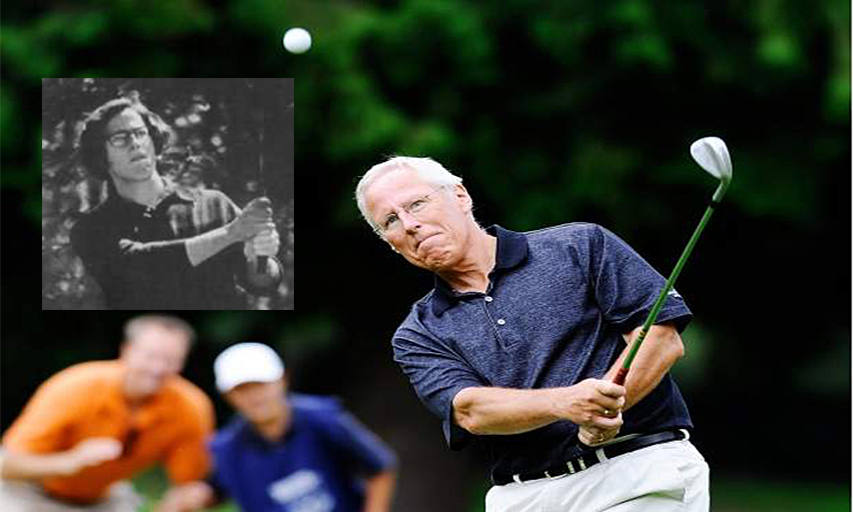 Just Like The Man Himself, Doug Roxburgh's Game Has Passed The Test Of Time - Image(s) Courtesy BC Golf House

This Summer’s B.C. Amateur Championship At Pheasant Glen Has Special Meaning For The 13-Time Winner

It was the summer of 1967. Lester B. Pearson was prime minister, Canada was celebrating its centennial and a shy 15-year-old named Doug Roxburgh was playing in his first B.C. Amateur Championship. A half-century later, Roxburgh is still playing in the tournament he has won a record 13 times.

This summer’s 114th playing of the B.C. Amateur at Pheasant Glen Golf Course in Qualicum will be an especially meaningful one for Roxburgh, who will tee it up for the 50th time. Roxburgh hasn’t missed one since playing in his first B.C. Amateur way back in 1967 at Shaughnessy Golf & Country Club in Vancouver.

He didn’t win that one, but two years later captured the first of what would become that baker’s dozen of B.C. Amateur Championships. That win came at Richmond Country Club where he beat John Morgan 4&3 in the 36-hole match play final. A couple of weeks later, Neil Armstrong became the first person to walk on the moon.

So yes, Doug Roxburgh has been around for a while and the British Columbia golfing community has been blessed to have him. The funny thing is, it is Roxburgh who feels blessed to have had the game of golf be such a big part of his life. It has brought him considerable joy, both on and off the course.  “I think I am most proud of the fact that I have been able to compete all these years,” Roxburgh says.

“And also the fact that I have been able to meet so many great people as part of the game. Golf is a tremendous sport, it is one of the few you can play all your life and I am just fortunate that I was introduced to it through my family. I met Lorna (his wife) through golf and my two boys play. It has been a great big part of my life.”

An extremely modest individual, Roxburgh has always had kind of an 'aw-shucks' attitude about his considerable accomplishments, which include four Canadian Amateur championships and a Canadian Seniors title. But those who have had the privilege to play with and against him, or just watch him, know how meaningful his contribution to golf has been.

“Doug Roxburgh established his reputation as a player, yet he should be equally recognized for his work as an administrator and mentor,” says Kris Jonasson, the longtime executive director of British Columbia Golf.

“He was instrumental in establishing the high performance program while with Golf Canada, a program that spawned the likes of Brooke Henderson and may yet lead to Olympic glory in Rio. We take great delight in pairing Doug with developing players, so he can provide a solid view as to potential and show by example how champions conduct themselves. Doug has always given more to golf than he ever took and he is a shining example of all that is good with the sport.”

Roxburgh has impressed not only by how well he has played the game all these years, but how he plays the game. He has never enjoyed hitting bad shots -- and yes, he has hit a few -- but has always accepted them. He plays the game the way it should be played, with grace and integrity. “I haven’t really slammed any clubs for a long, long time,” he says with a chuckle.

“I don’t know where I got that from, whether it was Jack Westover (his longtime coach) or my dad. It has always been about going out and trying to do the best that you can in every round and then putting it behind you. Golf is like that. To me, it is an honourable game. It has the traditions, you go out and act like a gentleman, accept the result and if you don’t like it, work a little harder.”

Roxburgh did not like the result last summer, when for only the second time in 49 appearances, he missed the cut by one shot at the B.C. Amateur at Fairview Mountain in Oliver. He continues to work on his game, although partial right knee replacement surgery this past winter has slowed him down. “My knee is coming along,” he says. “It is still a little tender but I am making good progress. I recently played three rounds over five days and walked and it felt pretty good.”

Roxburgh acknowledges that this summer’s B.C. Amateur at Pheasant Glen is one he has been thinking about for quite some time. He realized long ago that win No. 14 wasn’t going to become a reality -- he won his 13th B.C. Amateur in 1996 -- but he started thinking that it would be fun to play in 50.

“It is something that I have wanted to do since I got into the high 30s and 40s,” he says. “I thought I have to do what I can here to keep working on my game and staying competitive. If I go there, I don’t want to sort of embarrass myself. I want to try and make the cut and play all four rounds. It is something that I have certainly wanted to do once I got close to it.”

Roxburgh’s peers marvel at the fact he is about to tee it up in his 50th straight B.C. Am. “I have played in 20 B.C. Ams and I thought that was a lot, but he has outdone me by a longshot,” says Victoria’s Craig Doell.

“That is just amazing. To play 50 B.C. Ams is unheard of, really, in today’s world. That is pretty spectacular. Doug has had an amazing career as an amateur golfer. He is somebody I looked up to when I grew up. He was a great role model and a guy you wanted to play with and against. He’s a super guy, you couldn’t ask for a nicer guy, and he certainly deserves all the accolades he gets, that’s for sure.”

For Roxburgh, the B.C. Amateur has always been the focal point of his golfing summer. For many years, it was a family affair. He was frequently accompanied by his wife and two sons, James and Geordie. James has qualified to play in several B.C. Amateurs and Roxburgh said practice rounds with his son at B.C. Ams are among his fondest memories of the event. These days, his wife Lorna will often caddy for him.

“It just seems like yesterday I was playing at Shaughnessy (in 1967),” he says. “The time has gone by so fast. I guess I just love to compete. I love having the summer golf season, it gives me something to get ready for. The B.C. Amateur has always been that tournament for me. It was the one to really try and get focused for. I love to compete. Certainly I have no high expectations these days, but I do like to compete against the young players and see how they play and how their games are.

“And I have to say it is fun to travel around the province and play all these golf courses, too. When we first got started in the 60s and 70s it was basically two years in Vancouver and one year on the Island, mostly Victoria. Then the BCGA (British Columbia Golf) and Kris Jonasson started moving it around. It has been fun to travel and see the province. We have been to the Kootenays, we've been to the Rockies, we've been to Prince George, Fort St. John, Campbell River. That has been a big part of it, just the chance to play all these golf courses.”

So how much longer will he play? Roxburgh says he doesn’t know, but realizes that at age 64 he is deep into the back nine of his competitive career. He only wants to continue to play in the B.C. Amateur for as long as he feels he is competitive.

“I am getting to the end,” he says. “We’ll see how this year goes and where the championships are next year and where we might go. I really haven’t given it any thought at all past this one. That’s the one I am thinking about.”

(Roxburgh’s career will be celebrated at a special dinner Sunday, July 17 at his home course, Marine Drive Golf Club. More information can be found HERE)