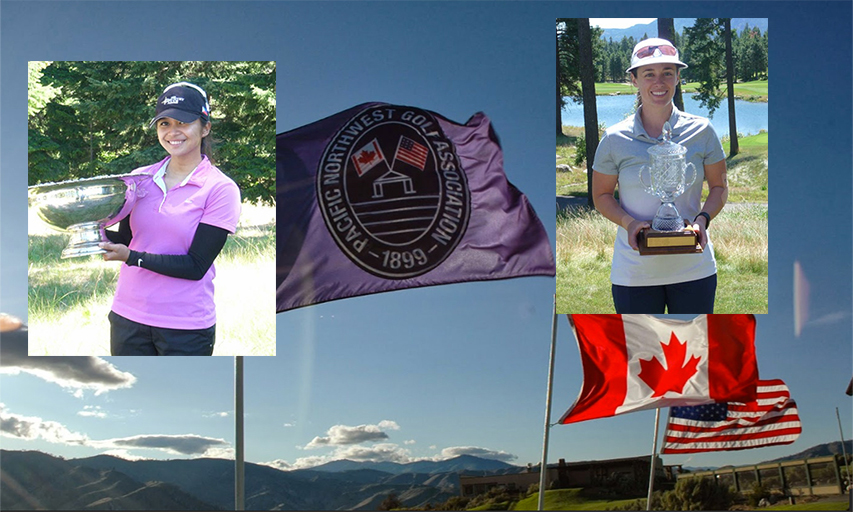 Both matches were held on the Prospector Course at Suncadia in Cle Elum, Wash., and were conducted by the Pacific Northwest Golf Association (PNGA).

In the opening nine of the 36-hole Women's Amateur final match, Superal won a stretch of five out of six holes to jump out to a commanding lead, and at the end of the morning round had built a 6-up lead. In the afternoon round, Ko had cut Superal's lead in half after 24 holes, but Superal birdied holes 25 and 28, and closed out the match with a par on the 31st hole.

After playing 36 holes for three days in row through the match-play bracket, Superal was tired but happy with the victory. "I am a little tired," she said with a laugh. "I came here to have fun and to get some experience. I really didn't expect to win. Naomi is a really good player. I putted well, and my short game was working today."

Superal, a native of the Philippines, won the 2014 U.S. Girls' Junior, the 2016 Hong Kong Ladies Amateur, and was medalist at the 2016 U.S. Women's Amateur Four-Ball (with partner Pauline del Rosario) where she made it to the semifinals. She plans to play in some professional mini-tour events later this summer, and intends to turn professional in the fall.

Superal, the No. 2 seed, and Ko were tied (along with Coquitlam's Jisoo Keel) after the Women's Amateur's two rounds of stroke-play qualifying, and Ko won the No. 1 seed going into the match-play bracket by winning a playoff.

Ko was named the 2014 PNGA Junior Girls' Player of the Year, and qualified for this year's U.S. Women's Open. A member of the Canadian National Team, Ko will be a freshman at North Carolina State in the fall.

In the Women's Mid-Amateur, both Jacobs and Farmer had won their earlier matches with ease, but in today's 18-hole final match they found themselves evenly matched in a back and forth battle, with Jacobs not pulling away until a birdie on the par-4 14th gave her a 2-up lead, and she closed out the match on the 16th.

"It was a great match, and Shawn is a great golfer, and I always enjoy playing with her because I think we ebb-and-flow really well," Jacobs said. "I think match play is, you know you hit a shot and if it's bad it's great and if it isn't you just move on, and you have to just feed off of that, and I felt I was able to do that today."

This is the fourth year in a row that Jacobs has been in the final match of this championship, and this is her second title, having also won the championship in 2014. Jacobs was named the 2015 PNGA Women's Mid-Amateur Player of the Year.

Farmer and Jacobs were both named to the 2015 USGA Washington Women's State Team.

"This is a special tournament," said Jacobs. "I love playing in the stroke-play (qualifying) match-play format, and more than anything I really enjoy the people I've met and have had a chance to play with during these events." Click here to watch Jacobs' post-match interview.

First held in 1899, the Pacific Northwest Women's Amateur Championship is one of the oldest amateur golf championships in the world. Past champions include Pacific Northwest Golf Hall of Famers who made up the Golden Age of female golfers in the Northwest such as JoAnne Gunderson Carner, Jo Ann Washam, Pat Lesser Harbottle, Edean Ihlanfeldt, Violet Pooly Sweeney, Marcia Fisher, and Betty Jean Hulteng, among others. Past champions also include many others who would later go on to the LPGA Tour, such as Jimin Kang, Peggy Conley, Ruth Jessen and Shirley Englehorn.

The Pacific Northwest Women's Amateur and Mid-Amateur are two of 15 major, regional, amateur championships for men, women, juniors, and seniors conducted annually by the PNGA throughout the Northwest.