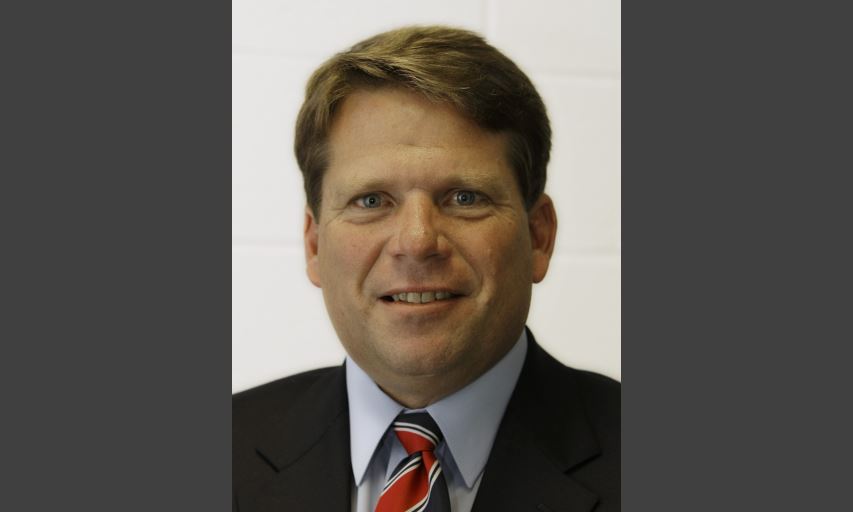 By PGA OF AMERICA

Doug Ferguson, whose three decades with the Associated Press have made him the most-read golf journalist and one of the game’s most respected chroniclers of professional golfers, has been named the recipient of the 2019 PGA Lifetime Achievement Award in Journalism.

Ferguson, 55, is the 30th recipient of the PGA Lifetime Achievement Award in Journalism, which recognizes members of the media for their steadfast promotion of golf, both locally and nationally. His work, spanning more than 500 golf events, reaches more than 4,000 publications worldwide.

“Doug Ferguson may arguably hold the most demanding journalistic position in our sport. He is a golf fan’s eyes and ears to what is happening on both sides of the gallery ropes,” said PGA of America President Suzy Whaley. “Through his outstanding reporting, Doug has earned the respect of his peers and the athletes he follows around the globe. Doug’s passion for the game of golf is evident in every piece carrying his byline. The PGA of America is very proud to celebrate adding his name among the most honored journalists in golf.”

Ferguson follows former AP national golf writers Bob Green (1994) and Ron Sirak (2015) as recipients of the award. His AP career began as a news reporter in 1988, and he can list one of the widest range of assignments: 92 major golf championships, 11 Ryder Cups, 10 Presidents Cups, three Solheim Cups, two Olympics Games (speed skating, 1998 and golf, 2016); one Super Bowl, one Republican National Convention and two executions in Oklahoma.

“I think it’s one of the highest honors a golf writer could aspire to,” said Ferguson of his capturing the award. “It’s very meaningful. I love what I do, If I didn’t love it, I couldn’t have done what I have done this long and at that rate of workload. It’s the nicest form of recognition I could get.” Ferguson cited an all-star list of journalists, including several previous award recipients and colleagues who were “not just idols, but mentors - Sirak, Larry Dorman, Dan Jenkins, Jaime Diaz, Len Shapiro and Bob Verdi. They are people I wanted to be, knowing I could never be them.”

Born in La Jolla, California, Ferguson watched golf on television with his father, Brad, as a youngster. He began playing the game at 12, introduced to the game’s fundamentals by his father, who was high school teammates with legendary golf instructor Phil Rodgers.

Ferguson earned an B.A. in Spanish from Abilene Christian University (1983); and did his graduate work in journalism at the University of Oklahoma.

He attended the Poynter Institute (1987) in St. Petersburg, Florida, before joining the Associated Press the following year. He began working in the news division of the AP’s Oklahoma City Bureau, and became chief correspondent in the Tulsa Bureau (1989), and in January 1996 moved to the sports department in Jacksonville, Florida.

His ascension to full-time national golf writer for the AP came in July 1998, when Ferguson said, “Ron Sirak handed me the keys. He really shaped the way we cover golf now.”

“I’ve told people many times, you can’t make it in this game as a writer unless you really enjoy it, because it would bore you to tears if you didn’t. If you really love it, there’s never a dull day in golf.” Since 1998, Ferguson has been on his own streak, having written a Tuesday golf column, “On the Fringe” that now totals nearly 1,100 entries.

For Ferguson, there is no idle time at a professional golf tournament. In a typical four-day, 72-hole event, he produces an average of four daily stories – a “morning wave” report; a rewrite in the afternoon; the evening wrap-up; and a piece to aid the morning social media channels. The routine meets the deadline demands of AP clients worldwide. “It’s relentless,” said Ferguson, who has drawn readers into his work from the start with impactful leads.

“It’s required of our job,” said Ferguson, recalling how AP clients were varied and lacked news space. “You better get to it quick and leave room for some of the flavor. One of my bosses told us what is still relevant today, ‘at the end of the day if you called home to you dad or to whoever, and was asked what happened, what would you tell them?’ In terms of style, I just like telling stories. I would never want to lose that side of it.”

A past president of the Golf Writers Association of America (2007-09), Ferguson has won five Associated Press Sports Editors (APSE) writing awards and the 2010 GWAA Special Projects Award for “Blacks in Golf.”

Ferguson and his wife, Tiffany, live in Jacksonville, Florida, and are the parents of two daughters, Tess and Brooke, and have a granddaughter, Riley.