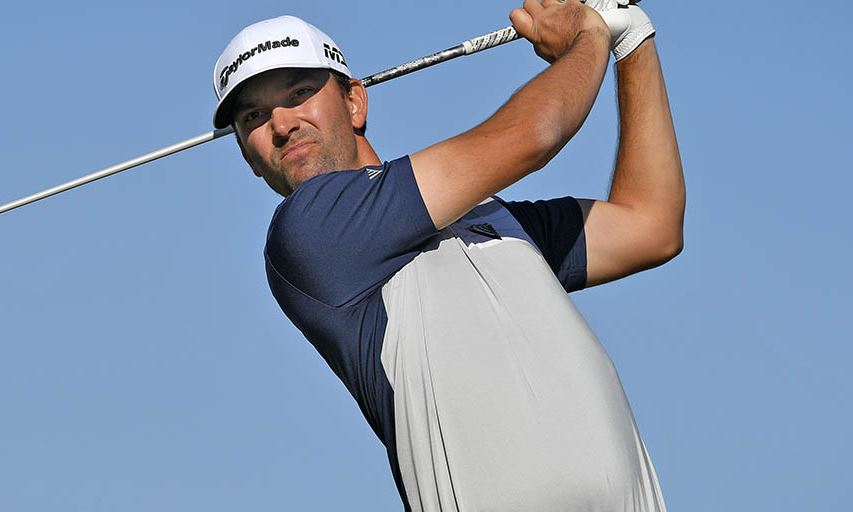 Struggle. Is there a more appropriate word to describe life as a professional golfer attempting to reach his PGA TOUR dream?

When a fresh-faced Michael Gligic, not even a teenager yet, strolled up the Glen Abbey parking lot in Oakville, Ontario, and joined the Elite Junior Program under the guidance of a 24-year-old Sean Foley, neither of the two had any idea the word would epitomize the next 16 years of Gligic’s journey.

Following a successful junior career, the Burlington, Ontario, native worked his way to a third-place finish at Canadian Tour qualifying in 2009, just two weeks before his 19th birthday as his professional career began. Failing to retain his playing privilege that seasons, Gligic returned to Q-School in 2011, winning the event and picking up a tournament victory later that year, at the ATB Financial Classic.

Despite the success, Gligic missed the cut at the second stage of PGA TOUR Q-School and returned to the newly named and PGA TOUR-affiliated Mackenzie Tour, where he finished inside the top 60 on that season’s Order of Merit.

“I think I’m my hardest critic, I’m always hard on myself, but I’ve always known I’ve had the game,” says Gligic. “It’s just that when it doesn’t happen after a few years you get down on yourself, and I’ve had that happen to me.”

The hardships aren’t unique to Gligic. Jason Dufner finished outside the top 100 at the final stage of Q-School three times. Jason Day finished 119th at Q-School in 2007. Heck, Mike Weir, the 2003 Masters champion and one of the greatest Canadian players of all time, failed at Q-School five times.

While any of them could have easily thrown in the towel, they’ve instead become household names.

“Mike (Gligic) is such a good player and been so close so many times, he didn’t quit,” says Foley, “You have to remember, when people compare themselves, they compare to the penultimate, they say ‘I was on the Mackenzie Tour with Tony Finau, and he’s ninth in the world now, what am I doing?’

“It took Justin Rose four years to win on the European Tour, 12 to win on the PGA TOUR, 15 to win a major and 20 to get to No. 1,” Foley continues, “and that has to be more of the comparison. People figure things out about themselves at different stages.”

Foley calls golf “the most Darwinian of all sports;” it’s survival of the fittest. and only the best players advance. And unlike other sports, there are no politics that determine whether somebody earns his Web.com Tour or PGA TOUR card. The scores speak for themselves.

This past season, Gligic finished 16th on the Mackenzie Tour Order of Merit, allowing him to forego the first stage of Q-School. In October, he breezed through second stage with a sixth-place finish, earning him entrance the final stage in Chandler, Ariz.

Coach Sean Foley watches on as Michael Gligic made his first PGA TOUR start at the 2012 RBC Canadian Open. (Courtesy of Steve Gligic)

Four low rounds in Arizona later—Gligic tied for 13th at Whirlwind Golf Club after opening with a 9-under 63—and for the first time in his career, he begins his 2019 season with guaranteed Web.com Tour starts.

“It means a lot, I’ve been doing this for quite some time now, and after another good year in Canada I’m glad to have those results pay off with a good finish,” says the 29-year-old. “My game has been ready for the Web for a few years. I had a stint where I had some good finishes. I know I can compete out there.”

Gligic’s reference to 2017, when he tied for eighth in the Web.com Tour’s Nashville Golf Open after receiving a sponsor’s exemption, was a sign of things to come, and those memories are ones he says he will draw on as he embarks on the next step of his career.

“I think my game has improved, and I’ve had another two goods years since then,” says Gligic. “I’ve played Web events before and know a lot of the guys, so I think I’ll hopefully have some success.”

“It’s a story about an extremely good player who hasn’t had a lot of breaks. To watch him go and get to 25-under at the final stage of Q-school, that’s right where he should be,” says Foley, who’s become a mentor and friend to Gligic as well as a swing coach. “If he’s given that many opportunities with that good of a card, I don’t see how he can’t finish inside the top 25 (on the money list). He’s just too good of a scorer and has such a good skill set.”

In total, Gligic’s journey to the Web.com Tour has included more than 100 mini-tour events and 62 Mackenzie Tour events—88 if you include his 26 Canadian Tour starts from before the Mackenize Tour’s inception, in 2013. He’ll be the first to tell you the path to the Tour is only getting more difficult.

“There are a lot of kids coming up that are working their butts off and pushing everyone else to have to keep up,” says Gligic. “There are so many different tools and ways to do it; coaches and personal trainers and sports psychologists and swing coaches and short-game coaches and Trackman. Guys are working so hard because you pretty much have to.”

Gligic began his season Sunday in the Bahamas and, based on his Q-School performance, is guaranteed eight starts before being subject to the first reshuffle. Play well, and he’ll continue getting in tournaments. His friend Foley will be watching closely.

“I could have a player with a putt to win the Masters, and my heartbeat would be 50,” says Foley. “If Mike Gligic has a chance to win with two holes left on the Web.com Tour, I will probably be throwing up.”