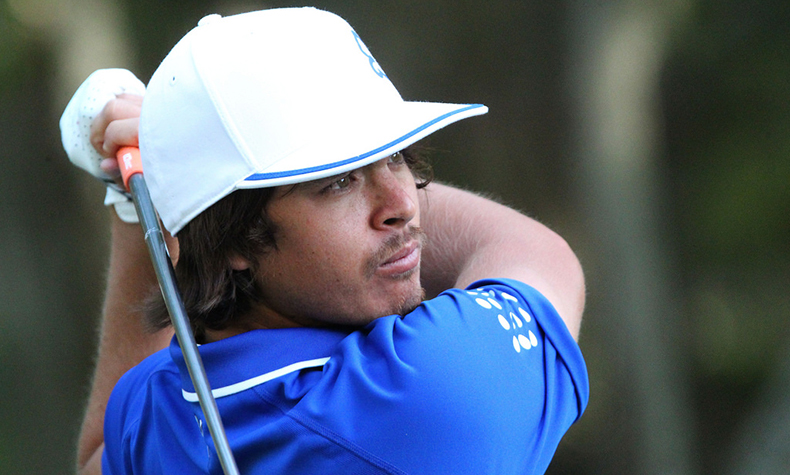 Rickie Fowler Hung On To Finally Win The Waste Management Open, But Not Without Some Very Anxious Moments - File Photo Courtesy Flickr.com

Rickie Fowler finally has the tournament win he craves.

The Murrieta, CA native had come so achingly close to winning the 2016 Waste Management Open but after going into the water at 17 with a two-stroke lead, he lost in a four-hole playoff to Japan’s Hideki Matsuyama. Fowler cried anguished tears in the press conference afterwards because he had wanted to win so badly in front of his grandfather.

Disappointment the following two years were best summarized by a conversation he had with a local police officer upon leaving last year’s tournament.

As the officer consoled him and bid him goodbye until next year, Fowler said: “I just want to win this so bad.”

That dream finally came true on a rainy and cool Super Bowl Sunday in Phoenix, as Fowler rode a roller coaster of emotions, everything from an early double bogey to an almost unfair triple bogey and then falling out of the lead to South African Branden Grace.

But despite all of the emotion roiling inside of Fowler, he managed to make a birdie at the 15th to tie Grace and then another at the 17th to take the lead after fans chanted to Fowler that Grace had gone in the water on the 17th and had taken bogey.

Nursing a two-shot lead into the final hole, a visibly relieved Fowler made par and hugged roommate Justin Thomas and fiancé Allison Stokke after a triumphant fist pump. Somewhat appropriately, the heavens opened and a thundershower, perhaps tears of joy, doused the large crowd around the 18th green who overwhelmingly cheered for a Fowler victory.

Fowler finished at (-17) for the tournament, despite a (+3) round of 74 that was in marked contrast to his three opening round scores of 64, 65 and 64 respectively. Grace finished two strokes back, with Thomas in third, another stroke back.

Sunday at the Waste Management Phoenix Open is when the true golf fans came out to cheer for Fowler. Gone were the stilettos and short skirts from Saturday and the attire for the day included lots of GoreTex, Galvin Green and waterproof golf shoes.

The craziest moment had to be when Fowler chipped his third into the water on the par-4 11th hole. After taking his penalty drop and lying four, he walked up to the green to survey his shot, only to have his ball roll back into the water. Add another penalty stroke, chip and a clutch putt to make triple-bogey 7 and what was once a five-stroke lead was just one, over Grace, playing in relative anonymity in the group in front of Fowler.

Fowler fell into a tie for the lead with Grace on the par-3 12th when he made bogey after failing to get up and down from the sand. And the lead was gone on the par-5 13th when Grace made birdie and Fowler could only make par, leaving Grace with the solo lead. But when Grace couldn’t make birdie at 15 and Fowler pulled even, all the momentum was back in Fowler’s corner and he rode that emotion to the victory he has craved in the Arizona desert.

Fowler’s earlier travails include a double bogey on the par-4 5th when his approach went left of left and ended up behind a cactus bush. Fowler could only weakly punch the ball into the rough well short of the green and three shots later, he had recorded a six. Fortunately for him, his playing partners each made bogey as well and Fowler seemed to have avoided big trouble.

The final group of Fowler, Thomas and Matt Kuchar had a forgettable final day, with a cumulative score of (+8), but Fowler won’t remember that aspect of the day; all he’ll remember is the victory and giving his grandfather the gift he couldn’t three years earlier.

It’s now off to the biggest and best Pro-Am of them all, the AT&T Pebble Beach Pro-Am. That’s the good news, but the bad news is that it’s been raining since Friday night on the Monterey Peninsula and it’s so soggy there that the regular media parking lot in the equestrian centre adjacent to Pebble Beach has already been closed down because of flooding. With rain forecast for Pebble Beach right until Wednesday, just in time for a quick break, and yes, more rain for the four tournament days, it truly will be Crosby Clambake weather.