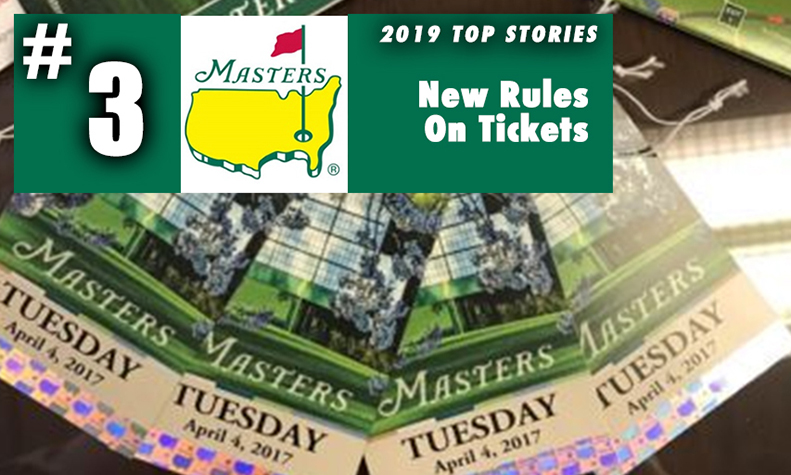 The Masters is stiffening policies when it comes to leaving and re-entering the grounds to prevent mass amounts of merchandise and tournament badges being re-sold on the market.

Masters officials have cracked down on the number of times a patron can enter the grounds per day from three to two. This news was posted on The Masters website.

Many patrons use the re-entry to store massive amounts of merchandise in their vehicles. In turn, these people are selling these products for massive mark ups on websites like eBay. However, most patrons share the badge or merchandise with family and friends or save it for a keepsake.

For many, just to be in the Masters merchandise tent would be a thrill of a lifetime let alone being on the hallowed grounds of Augusta National.