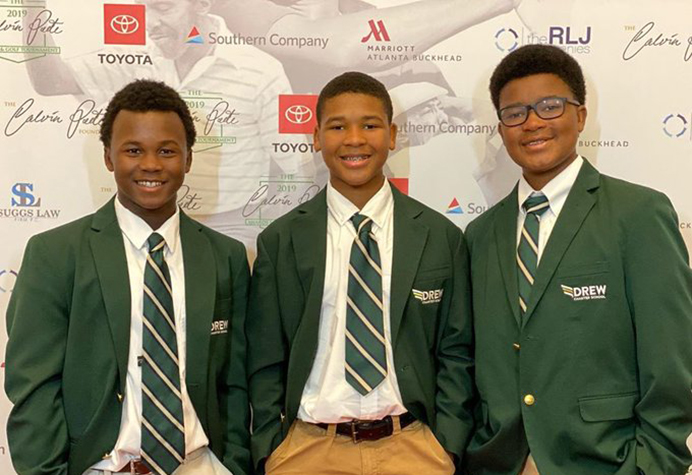 Back in the spring, the Drew Charter men’s golf team from Atlanta won the Class A Public State Championship in golf, lapping their competition to take home the trophy.

Their win was especially notable for two reasons. First, they are the first Atlanta Public School to capture the state title. Second, they’re the first all-black team and coaching staff to earn top honors in the state of Georgia.

Now, a PGA Tour veteran who took notice of their triumph is jumping in to support their continued success. Harold Varner III tweeted to congratulate the team and call attention to their accomplishment. In addition, Varner announced a donation of US$5,000 to the school’s golf program.