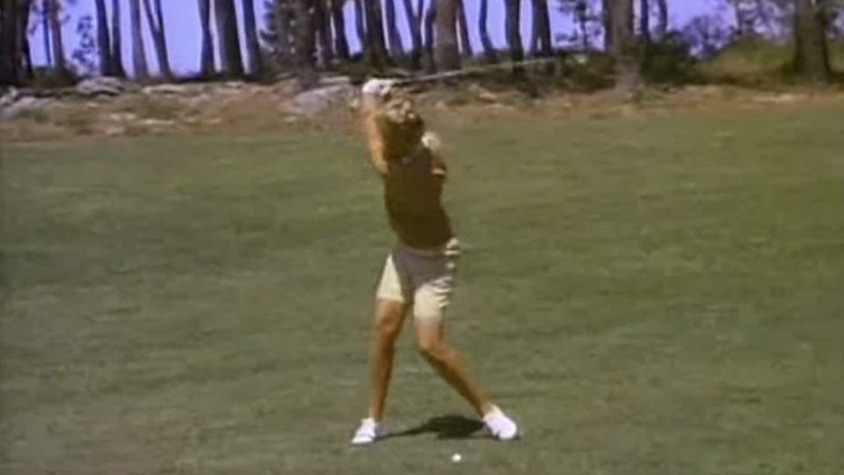 Mickey Wright At The Top Of Her Backswing - YouTube Image

The golf world lost a legend recently with the passing of Mickey Wright, a 13-time major champion and winner of 82 LPGA Tour events. Wright passed away in Florida on Monday, February 17th at the the age of 85.

Many, including the great Ben Hogan, have said that Mickey Wright may have had the best swing of any golfer - man or woman - the game has ever seen. Her powerful swing was especially impressive during the era she was so dominant.

Here's a video from a televised match against Brigitte Varangot broadcast in 1964 that demonstrates a technique she used to develop the power in her wonderful golf swing. The tip is shared with us at the 3:36 mark of this video, in a chat with Gene Sarazen, a legendary player himself, immediately after Wright had hit a tee shot 310 yards. In 1964. With a persimmon wood.