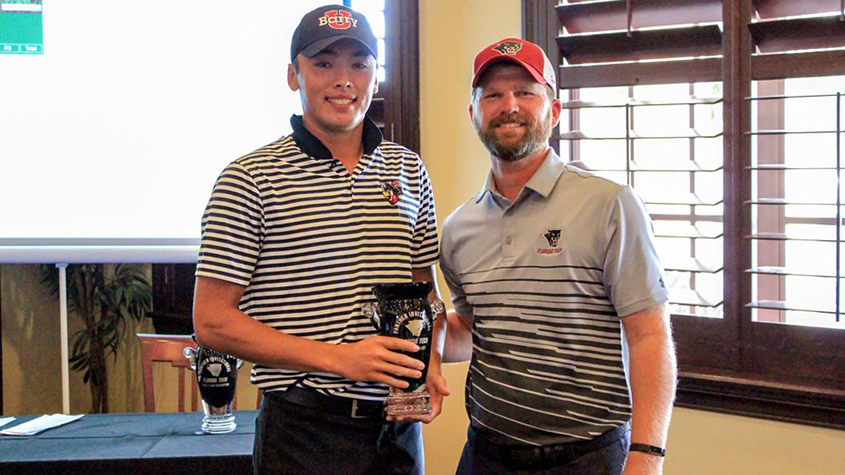 DURAN, Fla. -- Another historic day took place on Tuesday, Mar. 3, with Coquitlam, B.C.'s A.J. Ewart leading the  Barry University Buccaneers to their school-record fifth straight win after taking home the victory at the Panther Invitational by a six-stroke margin.

Barry finished strong, shaving nine strokes off their second round 296 with a one-under par 287 in the final round. Three out of the five Buccaneer starters recorded their best round of the tournament on Tuesday to go along with a 70 from Ewart and a 72 from Tyler Bakich. 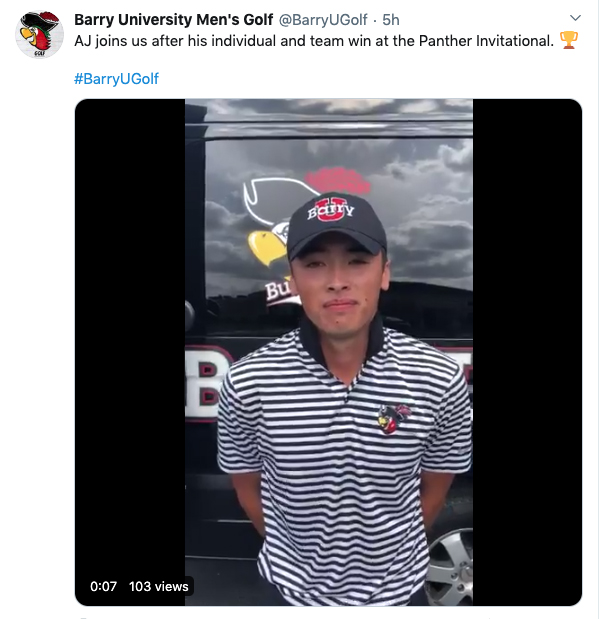 The Bucs finished on top of the birdie leader boards with 52, fueled by Ewart's 14 and Bakich's 12. Barry absolutely dominated on par-fours, finishing at +11, a 22-stroke lead on the hole-type.

Next up for the Bucs is the Southeastern Intercollegiate in Valdosta, Fla. starting on Sunday, Mar 8.