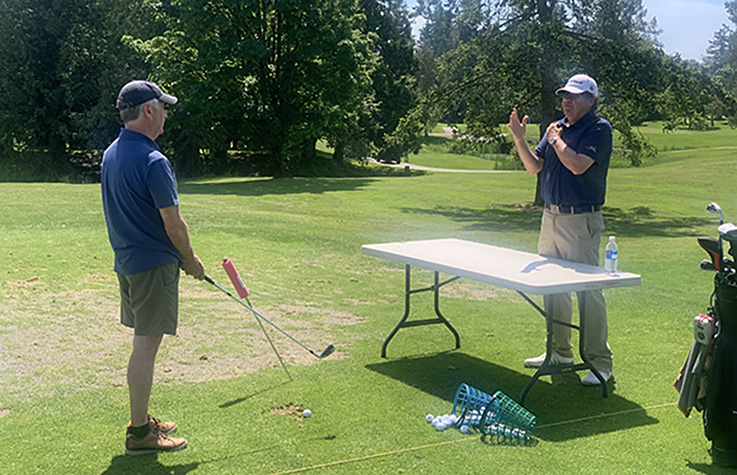 Golf courses have never been busier, but the same cannot be said for those who teach the game. COVID-19 has most certainly had an impact on the golf pros who derive a significant portion of their income from lessons. Demand for lessons has slowed and our new social distancing world creates additional challenges for teaching professionals.

Group lessons, at least for now, are not happening. And those one-on-one sessions figure to be far less up close and personal. In other words, less hands-on. “When I get a new student and especially someone that is new to golf, that is hard,” says Phil Jonas, who along with his wife Patty, runs a golf academy at Hazelmere Golf Club in Surrey.

“You want to sometimes put their hands on the club properly or you want to show them something -- ‘like on your backswing I want you to be in this position.’ I think we are just going to have to get better at describing things.”

“For some instructors it is a little more challenging than for others,” adds Kyle German, head professional at Bald Eagle Golf Club in Point Roberts, Wash. With his course currently closed because of border restrictions, the former Canadian Club Professional Champion is doing some teaching.

“Some instructors are very hands on,” German says. “They want to put you in positions and feel those motions and some are very hands off, they will talk you through it. So for some guys there is not much adjustment, for some guys it is a bit of a hurdle. There are different teaching styles out there and everyone is having to adjust. It is a learning curve for sure.”

Donald Miyazaki, executive director of the Professional Golfers Association of B.C., says there’s no doubt that teaching is important to many of his members. “Teaching is what our members are known for,” Miyazaki says.

“Our membership ranges from some GMs or administrators of golf who do absolutely zero teaching and all administration and you get to the other end of the spectrum where you have some who are strictly teachers and don’t do a lick of administration. It affects all of our members to a certain degree and certainly the teaching professionals would be very hard hit by not being able to do as much.” 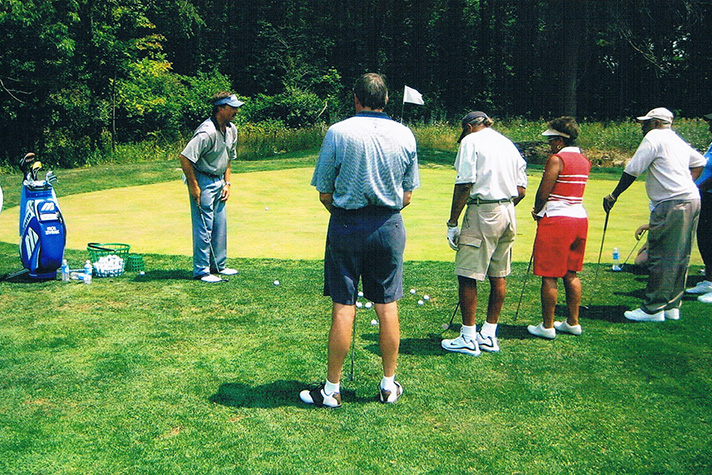 Golf and teaching golf were not banned at any point by provincial health officials in B.C., but most courses and driving ranges closed for a time. “We as an association have been working very closely with provincial and regional health authorities,” Miyazaki says.

“Our dealings with regional and provincial health authorities have been more about clarification, knowing that nothing has been ordered to close. So it’s been about sharing best practices and saying here are the things that we want to implement in order to teach lessons. Obviously, the well being of everybody, including the golf professional, is the No. 1 priority.”

Mark Bicknell of Victoria Golf Club, who was last year’s PGA of BC Teacher of the Year, says having to keep your distance from students has been a real challenge in the COVID-19 world. “We started teaching again about two-and-a-half or three weeks ago and the biggest change for me is not being somewhat hands-on with the student,” he says. “

Whether that’s simply grabbing their golf club while it’s in their hands or moving their body to certain positions, that has been the biggest thing. Obviously, you can’t do that at this stage.

“It tests you as an instructor to create a feel for someone to get them doing what you want them to do as opposed to putting them through that position. You now have to create a vocabulary that gets them into that position correctly or demonstrate it yourself. I have found it difficult, to be honest.”

Jonas, a former PGA of BC Teacher of the Year award winner and member of the B.C. Golf Hall of Fame, says business has picked up since the early days of the pandemic. “It was slow, especially in the beginning,” he says.

“Hazelmere was open, but most courses were closed so we decided not to teach for a while. We felt it was unfair because others couldn’t teach, so we decided we wouldn’t teach until all the ranges opened. When this started a lot of the parents of the kids we taught didn’t want them to come. And now it seems to be picking up.

“We can’t do groups. We can maybe do a brother and sister or two brothers. You can maybe do two people. But you can’t do six kids because you can’t control what they are going to do. The group lessons, the camps, I can’t see that happening.”

On the Hazelmere driving range, where Jonas does most of his teaching, tables have been set up to create more social distancing. “Since this has happened I usually stand on the other side of the table and try to maintain at least seven feet of distance. Sometimes I get a long stick or a noodle and I say, hey, do this. So it is a little more difficult.” 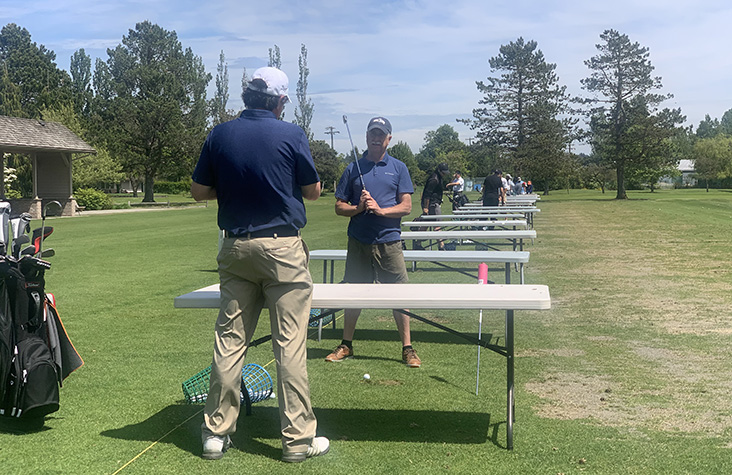 Hazelmere GC Has Put Tables Up On Their Driving Range To Help With 'Social Distancing' - Image Credit: Brad Ziemer/BC Golf

Hazelmere, like other courses throughout the province, has been extremely busy this spring. Most days, the course is booked from dawn to dusk and the driving range is also doing a brisk business. “It is unbelievable how busy the course and the range are,” Jonas says.

“The range was never that busy in the past. We always teach on the right side of the range and in the past no one would even come there even though we never had a sign up. And now we have to put a sign up that we are teaching and if we just go into the room for a second to speak with a student someone is always trying to get in there.”

Jonas also likes to do some of his teaching on the course, which has been made more difficult because of the demand for tee times. “What is difficult is I take people on the course a lot. I don’t book a tee time, but I see a gap and we go play two holes kind of thing. That is not happening because there are no gaps. The courses is just crazy busy. I have never seen anything like it.”

It is not just the COVID-19 pandemic itself that has reduced demand for golf lessons. The economic pain that many are experiencing because of it means there is less disposable income for things like lessons. A golfer who once golfed and took lessons is no longer doing both.

Given the choice, they’d rather spend the money on playing the game than on improving their play. “People have to have money to take golf lessons,” Jonas says. “At least to take a lot of golf lessons.”

Bicknell is confident that business will bounce back. “I think more people are around their own golf club these days, they are not traveling, so they are thinking more about lessons,” Bicknell says. “For me, it has been a little quieter to start, but I anticipate that going forward it is going to be as busy as ever, if not busier.”