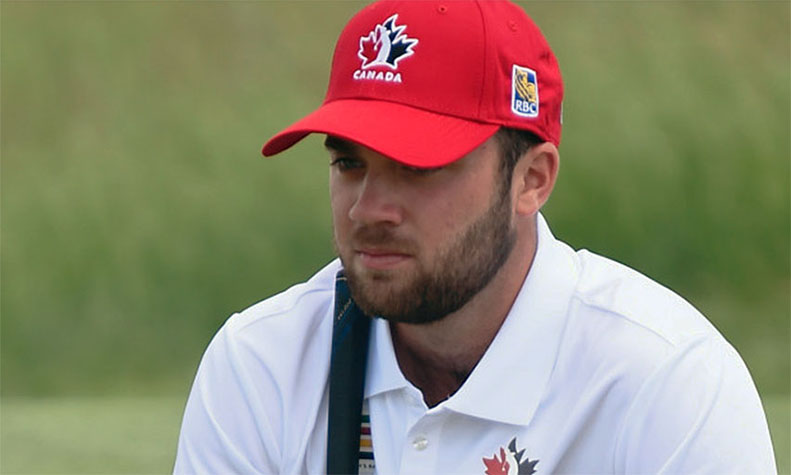 Macdonald has drawn into three events this year on the Korn Ferry Tour and has made the cut in each tournament. That will help him when the tour reshuffles its priority rankings in late July.

“This finish will be really helpful,” Macdonald said in an interview. “I should be good for the rest of the season.” Macdonald finished the Utah Championship at 14-under par. That was six shots behind winner Kyle Jones, who won a three-man playoff.

Macdonald closed with a one-under 71 in Sunday’s final round. “I didn’t hit it that close on Sunday,” he said. “I had a bunch of 30-footers for birdie and you can’t expect to make too many of those.”

The weather also turned late in the round, presenting some challenging conditions. “We got a lot of wind late in the round. We had a couple of holes where it was maybe blowing 25 or 30 miles per hour. So it kind of spiced things up a little bit for the guys who were in the hunt. It made it interesting.”

That came as a pleasant surprise as Macdonald had registered for the Monday qualifier in Utah and at this week’s event near Denver, the TPC Colorado Championship at Heron Lakes. Macdonald found out Friday he had drawn into that event as well. Macdonald earned $4,518 for Sunday’s T27 finish in Utah and now stands 132nd on the points list. 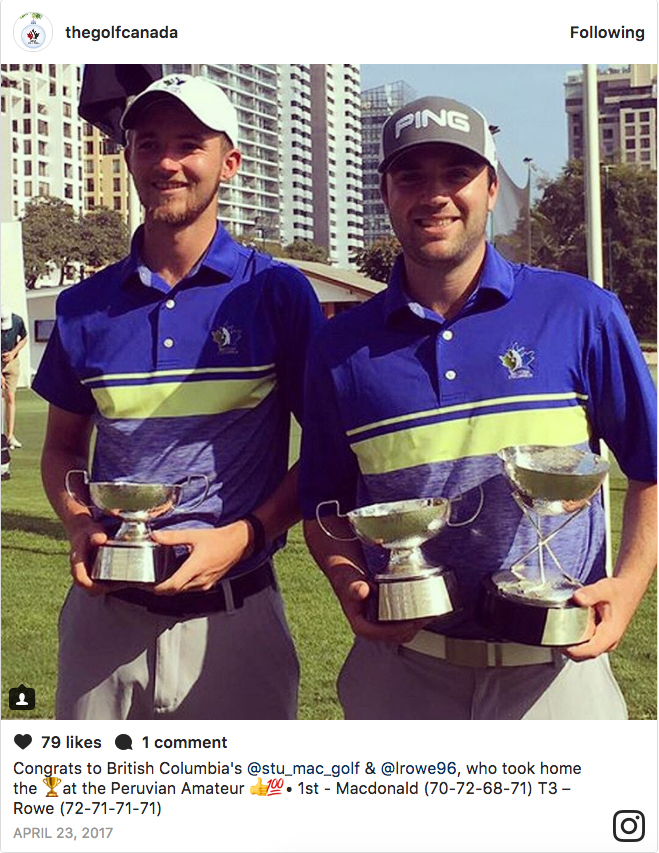 This is Macdonald’s second crack at the Korn Ferry Tour. He had status in 2018 on what was then known as the  Web.com Tour. Macdonald made only four of 16 cuts that year and said he is feeling much more comfortable the second time around.

“Yeah, it is almost night and day,’ he said. “It’s nice having played some of these courses and becoming comfortable meeting all the guys. It just feels normal and my game is in a good place as well, so I am getting some confidence there as well. Just knowing what to expect is a huge difference. I've been putting well and driving it well. Those are the two main things that have been helping me. I am playing some solid golf.”

Macdonald has extra incentive to play well this week in Colorado. The Tour reshuffle does not happen until after the following two events in San Antonio, Tex. Both of those fields are stacked and Macdonald is not expecting to draw into either one of them. “I'm still five or six spots out for the first San Antonio event and maybe 10 or 12 out for the second San Antonio event, so I'm going to have to have another solid week this week and hopefully top 25 and get in that way.”

But after the reshuffle following the second San Antonio tourney it should be relatively clear sailing for Macdonald, who grew up playing Point Grey Golf & Country Club and played his collegiate golf at Purdue University in Indiana. “I will be good after that,” Macdonald said. “There are three playoff events in August that have $1-million purses and more points and the fields are 132 (players), so I am not sure on those ones. But I should be good for the other events.”

As a result of the lengthy COVID-19 hiatus, there will be no graduating class to the PGA TOUR this summer. Players retain their status through the 2021 season, which ends late next summer. Macdonald is delighted with that change. “To be guaranteed two seasons out here is great,” he said. “You pretty much have two seasons to try and get a Tour card. You don’t necessarily have to get hot. You kind of have an opportunity to play well.”

CHIP SHOTS: Surrey’s Adam Svensson did not play in Utah, but is in the field in Colorado. Svensson currently stands 74th on the Korn Ferry points list.