BC Golf Performance Coaches Rewarded For Excellence In Their Field

Recently two of British Columbia Golf's Performance Team coaches, Jennifer Greggain and Colin Lavers, were recognized by the PGA of BC for their outstanding contributions to the advancement, education and betterment of junior golf.

During the October 14th virtually held PGA of BC Awards, Greggain was acknowledged as the recipient of the Jim Gibson Scholarship which had been announced a few days earlier.

"The Jim Gibson Scholarship is named in honour of the late Jim Gibson, a longtime supporter and Ambassador of the Association who was extremely dedicated to and well-versed in the game. The recipient of this scholarship exemplifies volunteerism and demonstrates a passion for furthering their education for their community's benefit."

Additionally, during the live virtual broadcast of the PGA of BC's awards, Colin Lavers, the Head Performance Coach for British Columbia Golf's Team BC, was honoured with the Jack Westover Coach of the Year award by the PGA of BC. 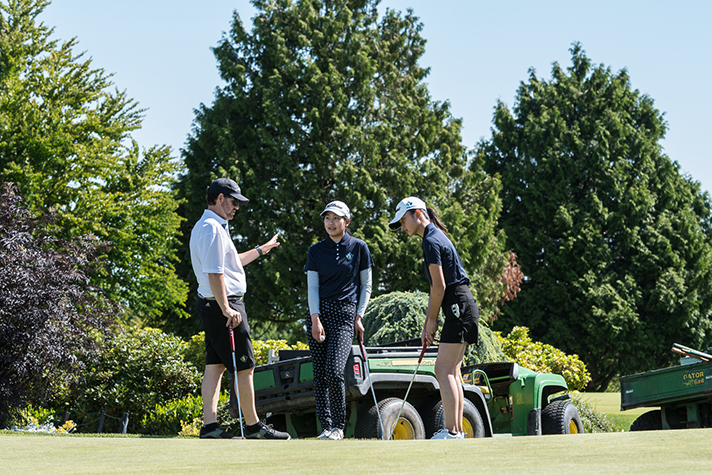 You can read the full article HERE.

You can view a video of the Performance Program run by British Columbia Golf below.