Our Golf Journey At The RBC PGA Scramble 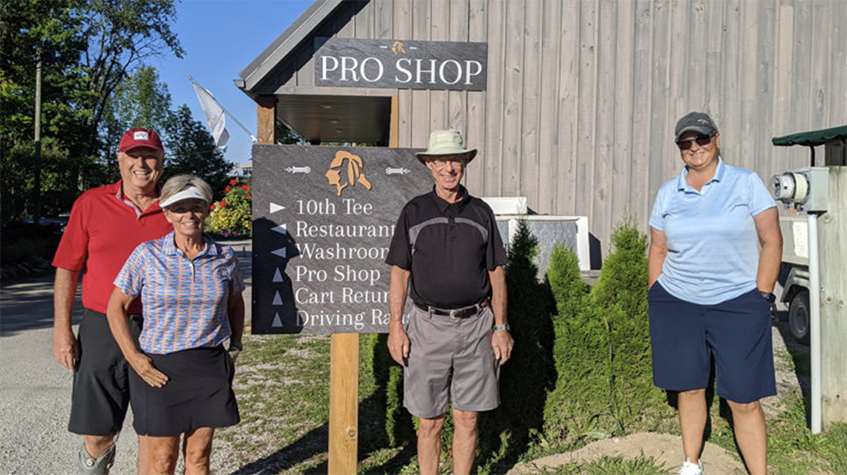 My wife and I have played together in many events over the years but this summer we tried a new one: the RBC PGA Scramble presented by The Lincoln Motor Company.

Now in its fifth year, the national series survived myriad challenges posed by the COVID-19 pandemic. In fact, it experienced its most successful year to date.

“There was so much uncertainty at the start of the season,” says Adam LeBrun, managing director of championships and foundation for the PGA of Canada. “The pandemic affected everything and we were reacting to new developments every day it seemed. At one point early on, we thought we would be happy if we had 3,000 participants.”

As it turned out, my wife and I were two of about 11,000 participants who signed up to play in one of the team scramble’s 140 local qualifiers.

We might not have won to advance to the regional final (OK, so we finished second last) but we had a great day and were impressed by the meticulous organizational framework.

“Unexpectedly, golf as a whole boomed this season,” LeBrun says. “As a result, our participation increased by about 40 per cent over 2019 and we had more venues sign up, many for the first time.”

That’s not to say it was all good news. For the past three years, the national final has taken place at renowned Cabot Links on Cape Breton Island in Nova Scotia. In August, due to travel restrictions imposed in response to COVID-19, that was cancelled. (A return to Cabot is in the plans for 2021, COVID-dependent, of course.)

To compensate, the regional events were enhanced with more than $150,000 worth of gifting and prizing. The second- and third-place teams won a pro shop gift certificate at their regional venue. 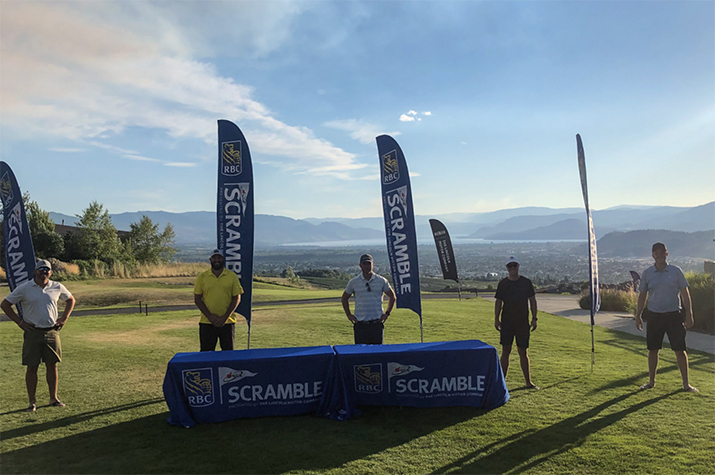 In recognition of their accomplishment, the Talking Rock team was awarded a VIP experience at next year’s RBC Canadian Open at St. George’s Golf and Country Club in Etobicoke, Ont., including airfare, accommodations and tickets.

As well, a charitable donation option resulted in $4,350 being contributed to The Frontline Fund which supports Canadian healthcare workers in the fight against COVID-19.

The RBC PGA Scramble is nothing if not inclusive. Female participation grew 73 per cent year-over-year thanks to the creation of an all-female spot at each regional final. LeBrun says the age of participants ranged from 20 to 80 and the handicaps varied from the plus side to the mid-30s. “We even had one new golfer with the maximum Handicap Index of 54.”

But one demographic is not welcome. Sandbaggers need not apply and, if they do, they get booted out. With prejudice.

Again due to the pandemic, the usual format of eightsomes was not practicable so foursomes were the norm this time around, thus potentially opening the door for unscrupulous, unethical players.

“We had some instances,” says LeBrun, “but we reached out to Golf Canada in order to check scoring record details and it’s pretty easy to determine if something is fishy.

“In order to maintain the integrity and credibility of the program, we handed out a few suspensions and, as a committee, decided to make them pretty substantial.” That means a five-year ban from the event plus the miscreant’s home club and provincial association are notified.

“We designed the program with the intention of creating a fun, professional-like competition accessible to golfers of all skill levels,” the PGA of Canada emphasizes.

If the experience my wife and I had is any indication of what occurred nationally, they achieved that goal. We’ll try again next year. Who knows? Maybe third-last is possible…

FOR MORE INFORMATION ON THE RBC PGA SCRAMBLE, VISIT WWW.RBCPGASCRAMBLE.COM