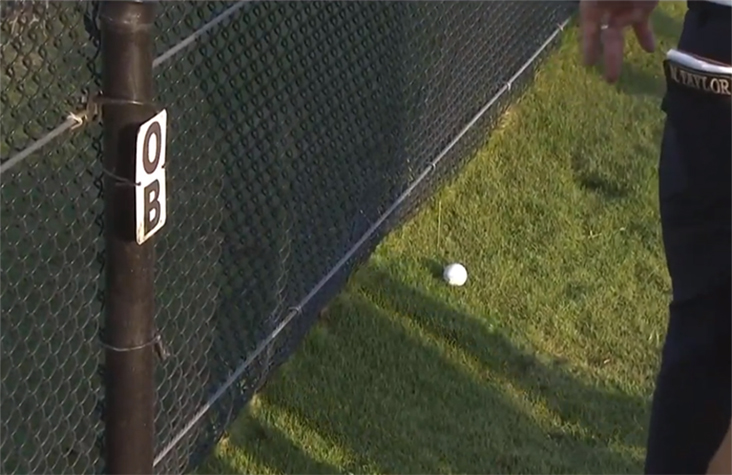 In the second round of the Sony Open, on the 503-yard, par-5 9th at Waialae Country Club, Nick Taylor hit his drive left and off the tall netting that separates the driving range from the hole, and his ball dropped inches outside of out-of-bounds fence posts below.