Record Field Of 312 Players Set For 15th Playing Of The Vancouver Open At McCleery, Langara & Fraserview 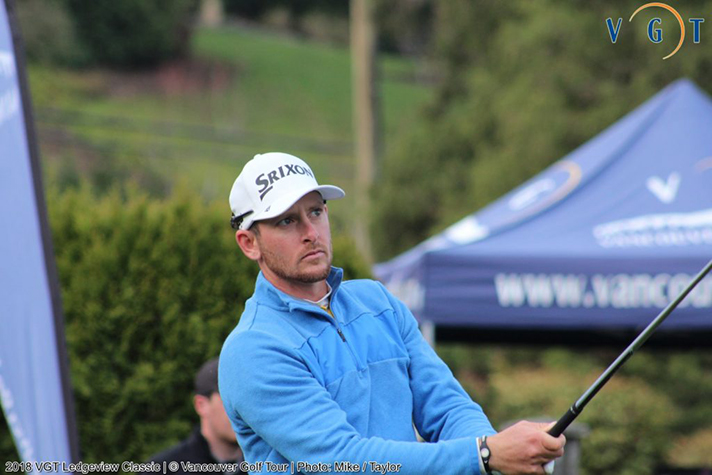 The Vancouver Open was born back in 2007, when Phil Jonas won what was then a two-day event held at University Golf Club. Fifteen years later, the Vancouver Golf Tour’s flagship event has produced a rich history that will be added to this weekend when it is played at the three City of Vancouver municipal courses.

A record field of 312 players will compete Friday, Saturday and Sunday at Fraserview, McCleery and Langara. “It’s hard to believe it’s been 15 years,” says VGT commissioner Fraser Mulholland. “It has gone by way faster than expected.”

Past champions of the event, which is sponsored by Johnston Meier Insurance, include three-time winner and PGA TOUR regular Adam Hadwin and former Canadian Tour winner Eugene Wong of North Vancouver. Surrey’s Adam Svensson, about to get his second crack at the PGA TOUR, was low amateur at the Vancouver Open on three occasions.

This week’s field features 45 pros and 267 amateurs. The pro field is about 25 players short of normal because so many British Columbia pros -- including 2020 champion Kaleb Gorbahn of Smithers -- are back east playing events on the Mackenzie and Forme Tours.

Mulholland completely understands that. A big reason he started the VGT was to give local pros a place to play and provide them with valuable experience as they begin to climb the professional golf ladder. “It’s a shame that we won’t have some of the regular names that are out playing the Mackenzie and Forme Tours,” Mulholland says. “But that’s what this tour does. It prepares them for that. We can’t fault them for wanting to chase $100,000 purses.”

The 45 pros will be chasing a winner’s cheque of $8,500. Favourites include Mission’s Kevin Stinson, who has had a solid spring and summer. Stinson, a teaching pro at Cheam Mountain in Chilliwack, was runner-up at the recent PGA of Canada Championship earlier this month in Bromont, Que. “Over the last three months he is arguably the best player in B.C. right now,” Mulholland says. “He is definitely one to watch.”

Other notables include past Canadian Tour winners Kevin Spooner of West Vancouver and Cory Renfrew of Vancouver. Chilliwack pro Zach Olson has been playing well this season and 2019 Vancouver Open champion Steven Lecuyer of Victoria is also in the field. Richmond pro Christine Wong is among a handful of women professionals competing.

Mulholland notes that the field is stacked with a number of exceptionally strong amateur players. “I think I counted 75 or 80 scratch golfers or better in the field,” he says. Mulholland is delighted the Vancouver Open has returned in recent years to the City of Vancouver courses. “They are great partners to work with and the players really do get up for playing all three of the golf courses,” he says.

“Vancouver Parks Golf really does take a sense of pride in presenting the courses in really good championship condition and all three of the courses really try to out-do one another to see who gets the more favorable ranking and to see who can maybe present the best test. They feel proud of hosting a big event at Vancouver’s public courses. It’s a big deal for them.”

The pros and top amateurs will play McCleery on Friday before moving to Langara on Saturday. The field will be cut in half before Sunday’s final round at Fraserview. The leaders are scheduled to tee off at about 2 p.m. on Sunday. Spectators are welcome and grandstands have been set up behind the ninth and 18th greens.