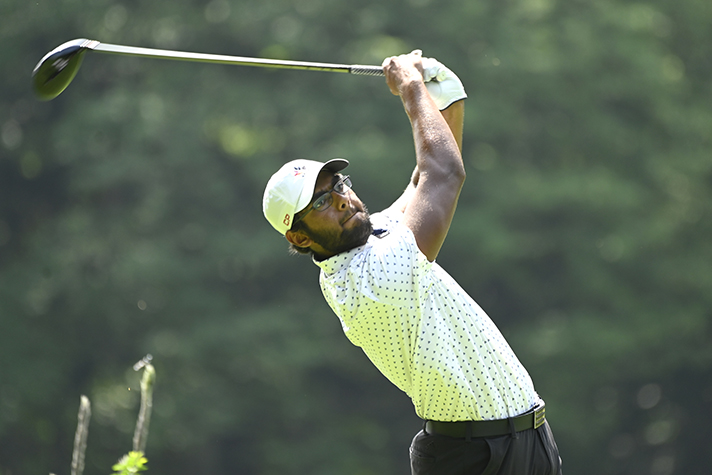 When a field of about 120 players gather at Crown Isle Golf Resort in Courtenay in late April for the seventh and final PGA Tour Canada spring qualifying school, the youngest competitor figures to get lots of attention. Highly regarded Victoria junior Jeevan Sihota, who turns 18 in March, has entered Q-school and will turn pro if he plays well enough to earn his card.

Sihota’s dad, Jas, confirmed his son’s plans in an interview this past weekend. The family has spent considerable time weighing the options. Jeevan has been inundated with offers from several top universities to play collegiate golf south of the border.

But he ultimately decided to wants to test his game as a pro. Sihota has been turning heads for years. He won three ‘world championships’ at the ages of six, eight and 12 at U.S. Kids World Championship and Junior World competitions in Pinehurst, N.C., and San Diego. He has had an impressive junior record and is currently a member of Golf Canada’s national junior team.

He has prodigious length and his ball speed has been clocked in excess of 200 miles per hour. Sihota impressed last fall when he played in three MacKenzie Tour events. He tied for sixth at the ATB Financial Classic in Calgary, finished in the top 25 at the GolfBC Championship in Kelowna and then tied for second at the Reliance Properties DC Bank Open in Victoria.

Sihota is just one of many British Columbia players who have registered to tee it up at Crown Isle. Other notables include Kimberley’s Jared du Toit and Eugene Wong of North Vancouver. The Crown Isle Q-school goes April 26-29.

RIP MACKENZIE TOUR: PGA Tour Canada has lost Mackenzie Investments as its title sponsor. The tour will now officially be known by its original name, PGA Tour Canada. After two years of having the tour limited to Canadian residents only because of COVID-19 travel restrictions, organizers are hoping things will return to normal this year. A tour schedule of 10 to 12 events will be released in mid-February.

It will include two B.C. stops, the GolfBC Championship in Kelowna and a newly named event in Victoria. Keith Dagg, the longtime chair of the Victoria event, will unveil a new title sponsor in the next few days. That should mean the tournament will no longer have one of the longest names in pro sport. In recent years it has been known as the Reliance Properties DC Bank Open presented by the Times-Colonist.

IN THE MONEY: All four British Columbia regulars on the PGA TOUR cashed pay cheques this past weekend at the American Express tourney in La Quinta, Calif. Merritt’s Roger Sloan led the way with the tie for 14th. Sloan finished the event at 14-under par. That was nine shots behind winner Hudson Swafford. Sloan earned $119,700. Abbotsford’s Adam Hadwin tied for 25th at 12-under and made $55,955. Fellow Abbotsford native Nick Taylor tied for 33rd at 11-under and took home $39,683, while Surrey’s Adam Svensson tied for 49th at nine-under and made $18,949.

Swafford won the tournament for the second time. His first win came in 2017 when he beat Hadwin by one shot. The PGA TOUR heads to Torrey Pines in La Jolla, Calif., this week for the Farmers Insurance Open. That event runs Wednesday through Saturday. Hadwin, Taylor and Svensson are all in the field.

COACH CLINICS: Keri Moffat, Lindsay Manion and Christine Wong are among eight female golf coaches who will receive education to advance their careers courtesy of the PGA of Canada and Golf Canada. Launched in 2021, the Women in Coaching Program aims to strike a stronger gender balance with high-performance coaches to better reflect the Canadian golf community.

“Increasing the number of female mentors and role models is imperative to the future of golf in Canada and is a priority for the governing bodies of golf in the country,” says Emily Phoenix, manager of high performance sport with Golf Canada. “After seeing the success of the program in 2021 and how impactful it was for the participants, we are excited to build on the momentum and continue mentoring this generation of coaches while building a foundation for the future.”

Manion, a former member of the UBC golf team, now operates Lindsay Manion Performance Coaching at Northview Golf Club in Surrey. Moffat is director of instruction at Mayfair Lakes Golf & Country Club in Richmond and serves as an assistant coach with the women’s golf team at UBC. Wong, who won the PGA Women’s Championship of Canada last summer, operates her own golf academy in Vancouver. She also serves as head coach of both the men’s and women’s golf teams at Langara College.

CHIP SHOTS: Victoria’s Jim Rutledge is one of seven new inductees who will enter the PGA of Canada Hall of Fame later this month . . .GolfBC has appointed Jason Honeyball as new superintendent of Gallagher’s Canyon Golf & Country Club in Kelowna. Honeyball was most recently superintendent of OslerBrook Golf & Country Club in Collingwood, Ont. . .Kelowna’s Megan Osland tied for sixth at a Cactus Tour event at Sundance Golf Club in Buckeye, Ariz.