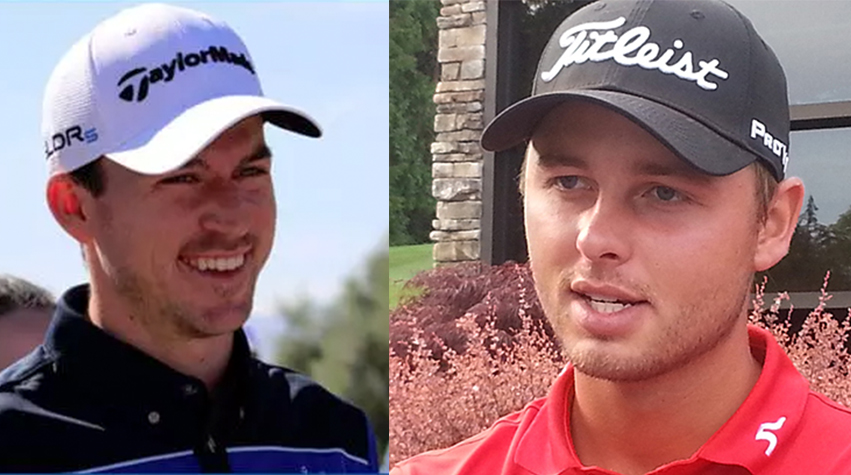 It was a tale of two Sundays for British Columbians Nick Taylor and Adam Svensson in the final round of the Honda Classic.

Taylor left PGA National’s Champions Course, where trouble seems to lurk everywhere, feeling pretty good about a week that had started out so badly. The Abbotsford native opened the event with an ugly seven-over 77, but rallied with a brilliant five-under 65 to make the cut on the number. His closing 67 on Sunday left him tied for 16th at even par.

Svensson wasn’t feeling quite as good despite finishing the event tied for ninth.

After moving into a tie for second with a birdie on the 10th hole Sunday, Svensson played the final eight holes in five-over par. His three-over 73 left him at two-under for the tournament.

After contemplating what might have been and dealing with the obvious disappointment of those closing holes, Svensson should take some positives into this week’s Arnold Palmer Invitational at Bay Hill in Orlando, Fla.

This was the second top 10 of the new year for Svensson, who had a career-best tie for seventh at the Sony Open in Hawaii. He earned $194,000 Sunday and moved up 30 spots on the FedEx Cup points list to 76th place.

Until his back nine struggles, Svensson had put on a brilliant display of ball striking at PGA National. In Friday’s second round, when he shot a 65, Svensson hit all 18 greens in regulation. He was only the second player to do that since the tournament moved to PGA National in 2007.

Svensson has had past success at PGA National. He won the Web.com Tour qualifying school there in 2015. Taylor, meanwhile, took home $106,533 and moved up 17 spots to 90th on the FedEx Cup list. It was his second top-20 finish in his last three events.

Merritt’s Roger Sloan tied for 55th at five-over par and made $18,160. He stands 129th on the points list. Taylor and Svensson are both in the field this week at Bay Hill. Sloan was listed as the eighth alternate.

GERMAN MOVES ON: No one is answering the phone at Bald Eagle Golf Course in Point Roberts, where callers are greeted by a recorded message informing them that the course is closed indefinitely. The voice on that message belongs to Kyle German, who was the general manager and head professional at the course. German won’t be returning when Bald Eagle’s owners decide to re-open the course.

German, who has been on leave since the course closed nearly two years ago, recently accepted a position as Callaway’s Lower Mainland and Vancouver Island sales rep.  “Bald Eagle was looking questionable,” German said. “I have struggled to get through to ownership. I can’t get a hold of them. They have gone silent.”

Bald Eagle was forced to close when the Canada-U.S. border was shut down due to Covid restrictions in March of 2020. When Point Roberts finally got an exemption this past December allowing Canadians to visit without having to provide a negative Covid test on their return, German assumed the golf course would begin gearing up for a spring reopening.

Course superintendent Rick Hoole has remained at the course throughout the closure to do basic upkeep. “It’s tough, I never really wanted to leave Point Roberts, but I just don’t know what is going on,” German said. “I have talked to the super a couple of times recently and he hasn’t had much contact with ownership either.

He is assuming that eventually they are going to give him some money to get stuff going again, but even he’s not sure.” German, a former Canadian PGA Club Professional champion, recently started his new job with Callaway. “I have never worked for a big company and I am excited about it,” he said.

“I am actually at Meadow Gardens right now about to go in for an appointment.” Bald Eagle, formerly Point Roberts Golf Course, caters almost exclusively to Metro Vancouver golfers. After running into financial difficulty, the course was shut down in early 2017.

New owners came to the rescue. They brought back original architect Wayne Carleton and spent big bucks to bring it back to life. The course re-opened in the summer of 2018 and under the leadership of German, it was regaining a foothold in the area’s competitive golf market.

SPRING IN HIS STEP: Simon Fraser University freshman Ryan Hodgins got his spring season off to an impressive start with a tie for second finish at The Joust at Goose Creek, a NCAA tournament hosted by California Baptist University.

The Medicine Hat native shot rounds of 71, 70 and 74 to finish the 54-hole event at two-over par, one shot behind winner Brody Childs of Weber State. “It was a fantastic finish for Hodgins, he played phenomenal golf, especially in such difficult conditions," said SFU head coach Matthew Steinbach.

CLOSE CALL: Vancouver’s Michelle Liu could not have come any closer to successfully defending her title at the American Junior Golf Association’s Mariah Stackhouse Girls Invitational in Stanford, Calif. Liu, who won the event in 2021, finished in a three-way tie at the top with a 54-hole score of even-par 212 at last week’s event. A sudden-death playoff was won on the first extra hole by Leigh Chien of Irvine, Calif., who was runner-up to Liu at last year’s tournament.

SCHEDULING QUIRK: The official PGA Tour Canada schedule has not been released, but a tentative schedule sent to players has the circuit’s two B.C. events being played three months apart.
The season-opening Royal Beach Victoria Open goes June 2-5 at Uplands Golf Club, while the GolfBC Championship is scheduled for Sept. 1-4 at Gallagher’s Canyon in Kelowna. The 10-event schedule also includes an American stop, an Aug. 25-28 event in Brainerd, Minn.

CHIP SHOTS: Coquitlam’s A.J. Ewart has risen to No. 2 in the latest NCAA Division II player rankings. Ewart is in his junior year at Barry University in south Florida . . .Carnoustie Golf Course in Port Coquitlam, which closes every winter, reopens March 4 for its new season.