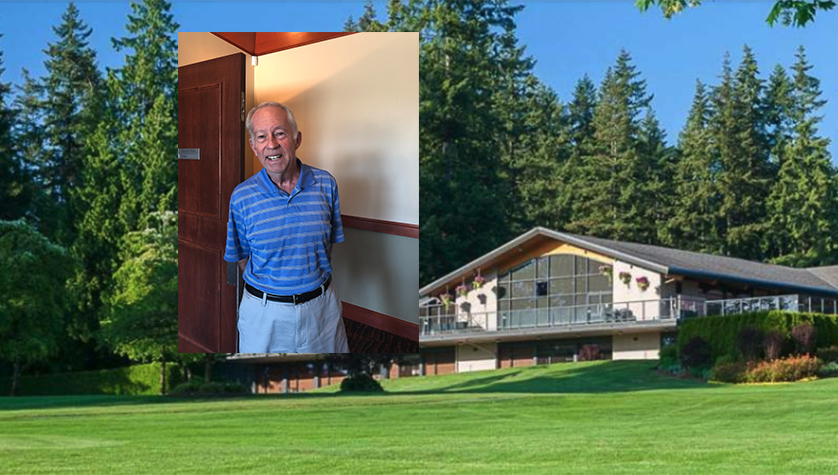 Puder won the 1987 B.C. Amateur at Rivershore in Kamloops, where he beat Doug Roxburgh and Steve Berry by two shots. “A very fine man,” said Roxburgh.

“I remember I played with him and Steve Berry in the final round of the B.C. Am at Rivershore when he won. On 17 he had a two-shot lead but hit his iron fat about 30 yards short of the green.

“It was always hard to watch him chip, but he hit a beauty to six inches. He parred 18 and won. A popular victory.”

Puder added the B.C. Senior Men’s title in 1996 at Myrtle Point in Powell River before completing his ‘triple crown’ by winning the B.C. Mid-Amateur title at his home club in 2001 at age 63. Puder won the club championship at Vancouver Golf Club 10 times and was runner-up on eight occasions. The club championship trophy is now named after him.

“He was the first player I ever played with at Vancouver Golf Club,” Batchelor said. “He was a fantastic guy and such a gentleman. Even with his illness his swing never changed.”

Puder is survived by his wife Eileen.