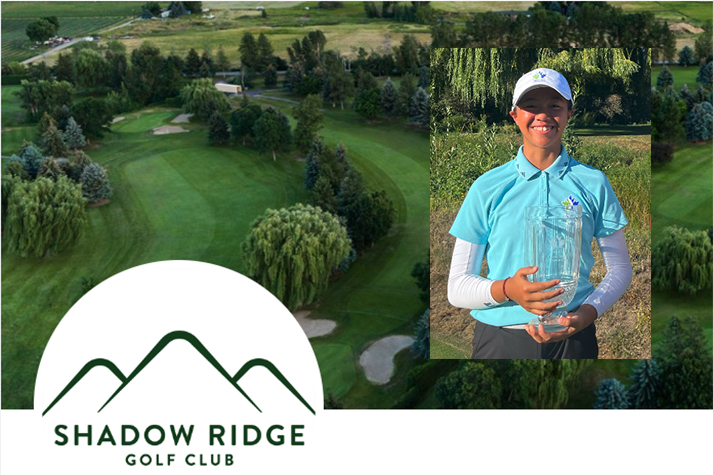 Rose Zhiyan Chen was delighted to win the B.C. Bantam Girls Championship, but wasn’t overjoyed with the way she played in the final round at Shadow Ridge Golf Club in Kelowna.  “This is maybe my biggest win, but I don’t think it’s my best win because I know I have played better in other tournaments,” the 13-year-old Langley resident said.

The birdies that were flying for Chen in the opening round of the championship for players aged 14 and under were much tougher to come by in the closing 18 holes.

Chen made just one of them in the final round after recording five birdies in her opening round of two-under 70. It didn’t matter, as she still won by six shots.

Chen closed with a three-over 75 to post a 36-hole score of one-over par. Jenny Kwon of Vancouver was second at seven-over par. “The heat was definitely getting to me after the front nine,” Chen said. “I had trouble focusing on the back nine.”

Chen began the final day with a three-shot lead over Kwon but could not extend her cushion. The two players’ scorecards were identical through the first 10 holes and when Kwon birdied the 11th hole, Chen’s lead was cut to just two shots. “I was nervous on the front nine because me and Jenny’s scores were exactly the same,” said Chen, who plays out of Meadow Gardens Golf Course and is heading into Grade 8 at Walnut Grove Secondary.

But Kwon’s comeback was derailed when she played the 14th, 15th and 16th holes in a combined five-over par. It was during that stretch that Chen recorded her only birdie of the day on the par 3 15th hole. “That was a clutch putt,” she said. “It was at least 30 or 35 feet.”

Chen said there wasn’t much else to celebrate about her round when the game suddenly became a grind. She wasn’t hitting her drives as crisply as she did the first day and some of her iron shots were off-line.

“Today, I had trouble getting on the par 5s in two because the direction of my drives wasn’t very good. For example, on the 12th hole I hit my drive into the water, but I managed to save par. My approach shots weren’t as accurate as yesterday. I am most pleased about my solid play on the first day and my ability to save pars today.”

Zhehui Yu of Burnaby finished alone in third place at eight-over par after closing with a 79.

A Novice championship was also held for players aged 12 and under. Elsa Wu of Maple Ridge won the Novice Girls Championship with a 36-hole score of 19-over par. That was seven shots better than Ari Tur of West Vancouver and Grace Fan of Vancouver, who tied for second.

A two-person better-ball competition was won by the team of Haarjun Lotay of Burnaby and Tierra Elchuk of Kelowna. Their score of 24-under par was three shots better than the runner-up team of Lucas Lin of West Vancouver and Richie Chung of Vancouver.