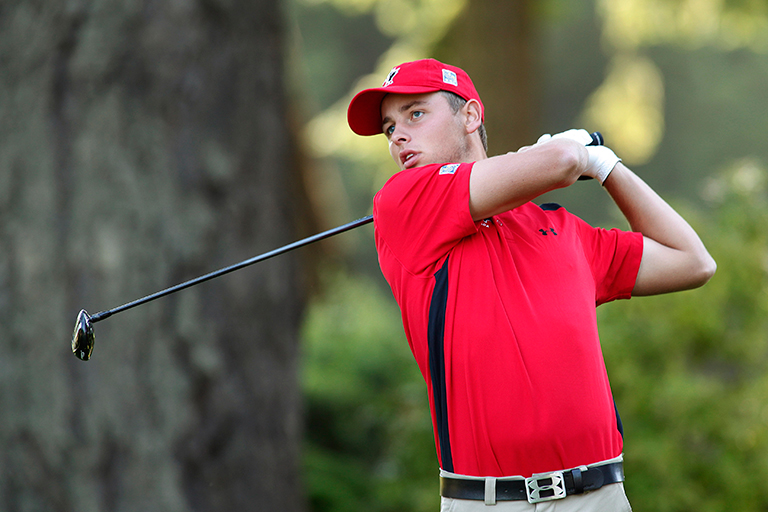 “After winning my last two starts, my gut was telling me it was the right time to make the move and turn professional,” said Svensson in a statement released Tuesday.

“I feel my game is ready to be pushed to the next level and I am excited to challenge and better myself against the best players in professional golf.”

Svensson left his mark in collegiate golf at NCAA Division II Barry University, winning nine times, earning two NCAA First-Team All-American honours, winning the Phil Mickelson Award as Most Outstanding Freshman in 2013 and being named the Jack Nicklaus Player of the Year in 2013/14.

Svensson, who was the third-ranked amateur in Canada with a World Amateur Golf Ranking of 27 prior to his pro announcement, will also continue his association with Golf Canada.

After spending a total of six years with the National men’s amateur and development squads, Svensson is joining the organization’s Young Pro Squad, which is in its second season.

Svensson won the 2010 B.C. Amateur when he was just 16 years old and has worked for years with Surrey coach Rob Houlding.

His last event at Barry was a win in the Matlock Collegiate Classic, played Feb. 9-10 in Lakeland, Florida. Svensson had rounds of 67, 67 and 70 to beat Richard Mansell by two strokes. Barry University would finish second in the team competition in Svensson’s final collegiate event.

Svensson was also named the Pacific Northwest Golf Association’s 2014 Male Golfer of the Year. Svensson plans to focus his efforts on PGA Tour Canada and Web.com Tour events in 2015.