Membership Currently Has No Privileges For B.C. Golfers Who Belong To Clubs In Washington State 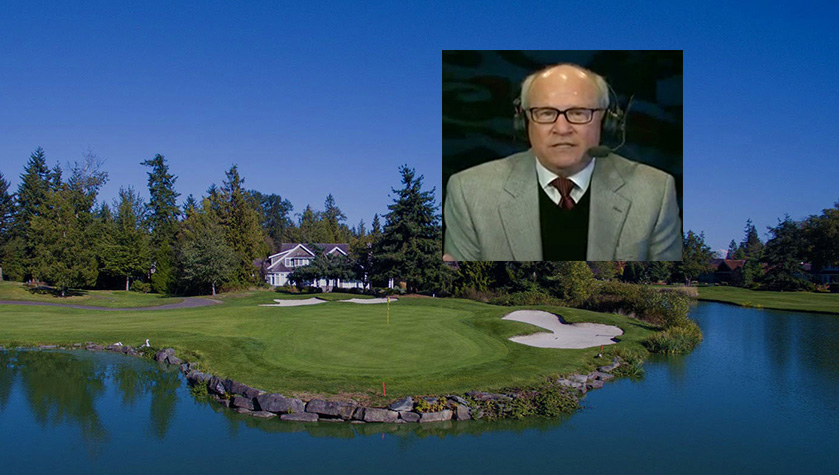 Tom Larscheid is missing the camaraderie as much as the golf at his home club. The popular former Vancouver Canucks colour commentator and his wife Leslie haven’t been able to visit Semiahmoo Golf & Country Club in Blaine, Wash., since the Canada-U.S. border closed to non-essential travel in March.

“There’s no question we miss the many friends that we have made down there through the years,” says Larscheid, a member of the B.C. Sports Hall of Fame. “We have been members since 2004 so that is a long time.”

Larscheid, now 80, remains an avid golfer and continues to play well. “Well, I am not swinging it as well as I have, but I have shot my age a few times,” Larscheid says. “I had two or three very good rounds in the 70s this past winter down in Palm Springs, but most of the time I’m in the 80s. But what the heck.

“I have moved up on my tees, I play the white-gold combos, that is plenty long enough for me now. You still have to get that little white ball in the hole.”

Semiahmoo has become a second home of sorts to the Larscheids, who after a two-month break from golf played a recent round at Mayfair Lakes in Richmond. “I play regularly with a group of 12 guys down there and I am the only Canadian,” Larscheid says.

There are, however, many other British Columbians who are members at Semiahmoo. General manager Brett Eaton says Canadians make up 50 per cent of the membership at the Arnold Palmer-designed layout. “With not having half the membership here, obviously we have a lot of people here who are really looking forward to when their friends can get together and have that cold beverage after that round of golf together,” Eaton says. 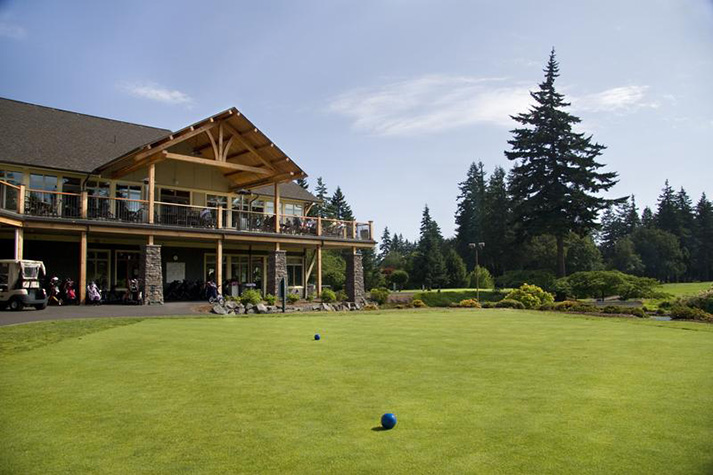 Eaton is obviously hoping the border re-opens soon. “I know they are saying possibly June 21st and you can only hope for that,” he says. “Each month you push back events. We are not going to do a club event unless everybody has access. So right now we have cancelled the member-member and the member-guest. We are doing small things just for people who are here on the weekend, but it’s not a large club event. Sure we want that border to re-open. It benefits the entire operation.”

The Larscheids have donated half of their annual dues to the club as a way of allowing it to keep staff working. Larscheid, who had surgery three years ago after a minor heart attack, completely understands why the border is closed. With a somewhat compromised immune system, he is taking COVID-19 very seriously and does not leave his Richmond condo without a mask on.

But he’s definitely looking forward to the border re-opening and having the opportunity to reconnect with friends at the club. “We have developed friendships and a big part of our social life is playing golf,” Larscheid says. “We both love to play golf.”

Just down the I-5 freeway, Bellingham Country Club is home to 27 British Columbia members. One of them is businessman Tom Spragge of White Rock. “Bellingham Country Club has actually waived all fees for Canadians right now because of course we don’t have access to the club right now,” Spragge says. “That has really helped sustain the membership. It has really helped create more loyalty from the Canadian members to the club.”

Spragge has been a member at Bellingham Country Club for the past 12 years. Most of Bellingham’s Canadian members are residents of the south Surrey and White Rock area. Since the border closed, Spragge and three of his fellow Canadian members of BCC have been getting together once a week to play golf on this side of the border. “Four of us get together every week and instead of playing on Wednesdays we play on Tuesday at Northview on the Canal course.”

It’s not just private clubs in Whatcom County who are missing their British Columbia players. Public courses like Homestead Farms in Lynden, Loomis Trail in Blaine and Bellingham-area courses like Shuksan, North Bellingham, Sudden Valley and Lake Padden all rely on considerable play from Canadians.

Homestead is being hit particularly hard. “Normally 70 per cent of our play is Canadian,” says Olivia Berkan, administrative manager at Homestead. “Right now with the border being closed, it’s hitting us pretty hard. We really do miss our neighbours to the north.”